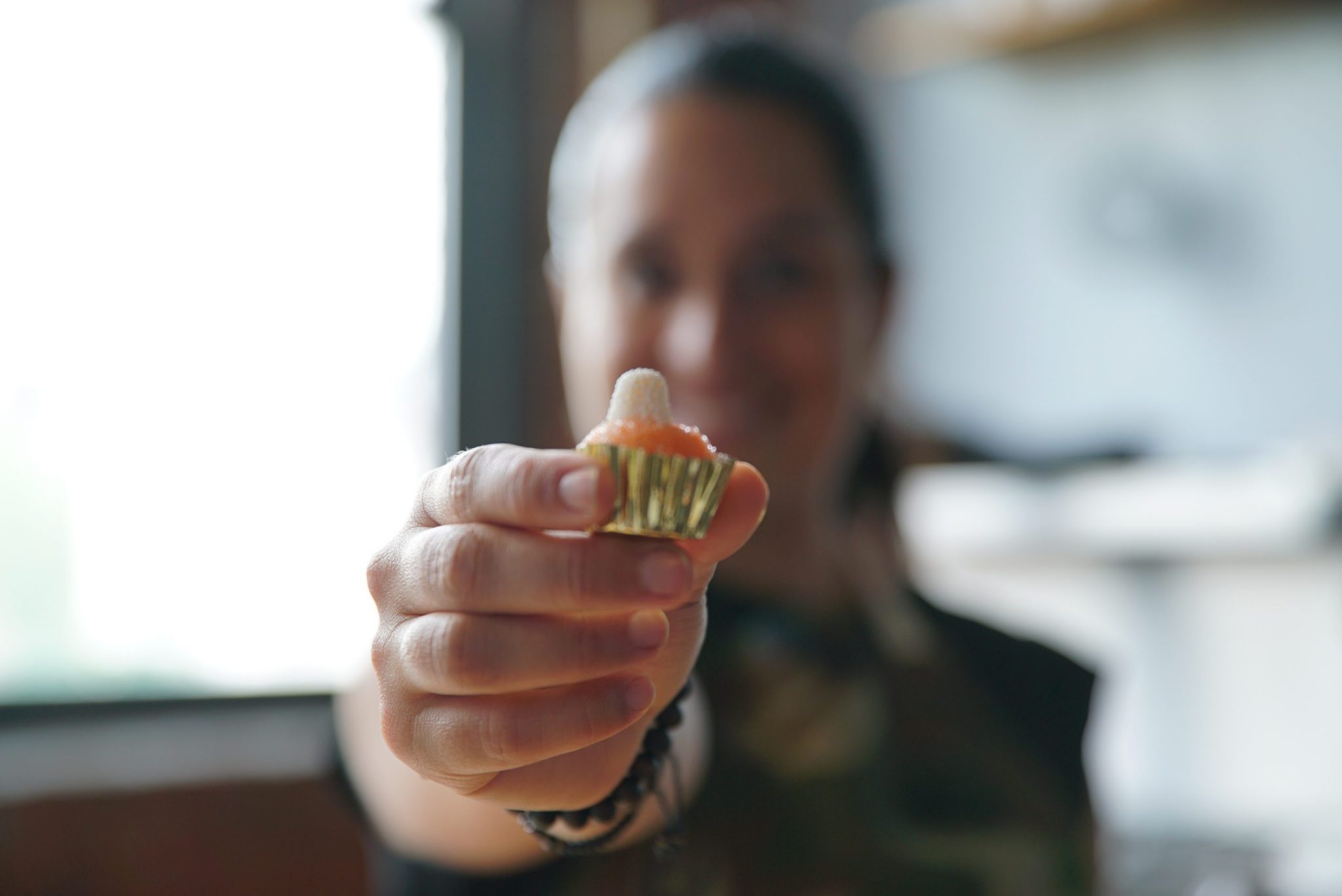 On the next episode of Discovery’s I Quit, the tasty world of Brazilian brigadeiros is introduced to the audience in a big way.

Brigadeiros—for those unaware— is an unctuous, creamy and decadent chocolate candy that is part truffle, part fudge and part meltaway that hails from Brazil.

This episode will feature Jen Prado who is also from Brazil, and her childhood was one where brigadeiros were an integral part of her life. At every celebration, brigadeiros were part of the spread at the dessert table.

On I Quit, Jen and her husband Jesse explain how they created Klado… and amalgamation of their two last names—Prado and Klee—and are now working with renowned entrepreneur Debbie Sterling and getting sound advice to grow their business.

On I Quit this Saturday

The episodes’ candy entrepreneurs realize that making a product is challenging, but selling it is even harder, and candy company Klado and Mike D’s BBQ are both struggling.

The episode will feature Debbie Sterling meets with Klado’s Jen and Jesse to urge them out of their sales slump, while mentor Harley Finkelstein visits Mike D and challenges him to become the face of his company. Meanwhile, Sibrena and Alex prepare for their second soccer game, while Matteo struggles to rebound after his pitch to an investor for Versattire falls through.

Believe it or not, there are pockets in the USA and Canada where brigadeiros are quite popular and are handcrafted just like Klado’s, including Nezzie’s Brazilian Sweets in Boise, Idaho  and My Brigadeiro in Hanover, New Hampshire.

In an interview with Greg Nelson, Nezzy’s owner Inez Meehan (her nickname is Nezzy) shared her journey:

“I never in a million years thought I would do this as a business. I did this for my [loved ones] just for fun,” Nezzy said. “It’s something you learn at a young age. It’s our culture, our passion in Brazil…If you have a party or event, you must have brigadeiros. If you don’t have [them], it’s not much of a party.”

A brigadeiro is a traditional Brazilian sweet comprised of a fudgy, chocolaty truffle center. Conventional recipes use condensed milk and cocoa powder, but Nezzy’s recipe is much more decadent. Her recipe uses Belgian chocolate to provide the highest quality product possible.

She said: “These are the gourmet version. That’s why they melt in your mouth.”

One candy maker in Canada gives us a step-by-step tutorial for brigadeiros, and a big hint: You will need a lot of butter, and absolutely NO margarine!

Likely you are salivating at this point so make sure to have some chocolate handy as this episode of I Quit is a no miss event that brings a sweet traditional taste of Brazil right to your doorstep.

I Quit airs Saturdays at 10pm ET/PT on Discovery.