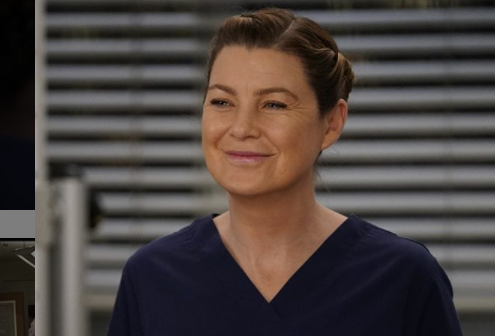 Actress Ellen Pompeo made her debut as Dr. Meredith Grey on Grey’s Anatomy back in 2005. Over the past 15 years, many talented actors and actresses graced the set. Dax Shepard hosts the podcast, Armchair Expert, and was happy to have Ellen Pompeo as his guest. In the recent interview, the Grey’s star discussed which cast members impacted her the most.

Here’s your warning! The following content will contain spoilers.

“Is there a show without Sandra?” she asked herself. “You never doubt whether Sandra Oh is gonna work again, right? She’ll work forever, right? But for me, I had to think, ‘Am I gonna work again? Or am I going to be so typecast?'”

Fans are incredibly thankful Pompeo chose to keep doing the show. She’s now one of the highest-paid television actresses.

“When Patrick left, I had something to prove,” Pompeo recalled. “He left season 11, and then I was renegotiating season 12, so I could have left, because the man left, which is not the story I want to tell.”

Pompeo goes on to say that she wanted to prove to everyone that Meredith was still worth watching without Derek. She wanted the audience to see that Meredith Grey didn’t need a man in her life to continue her story.

Where Will the Show Go Next?

As far as it’s known, Grey’s Anatomy production hasn’t resumed after it shut down in the spring. Its sister show, Station 19, confirmed it received the green light to continue. When Grey’s does return, fans are definitely in for a wild ride.

“We’re going to address this pandemic for sure,” says executive producer Krista Vernhoff. “There’s no way to be a long-running medical show and not do the medical story of our lifetimes.”

Vernhoff also confirmed the show’s creative team interviewed real healthcare professionals to hear their side of the story. While Grey’s Anatomy is a work of fiction, it has the opportunity to tell real stories and spread awareness of the challenges real healthcare teams face.

Grey’s Anatomy returns sometime this fall. Stay tuned and we’ll let you know more as soon as we know. Follow TV Shows Ace on social media to stay updated. Don’t forget to leave your thoughts in the comments below!

Courtney Waldrop Shares Sweet Surprise With Fans
‘Storage Wars’: When Did Brandi Passante, Jarrod Schulz Split?
Andy Herren Doesn’t Hold Back On His Opinion Of Colton Underwood
Kody Brown ‘Done Talking’- But What Is He Done Talking About?
Alyvia Alyn Lind Reveals She Could Return To ‘Y&R’