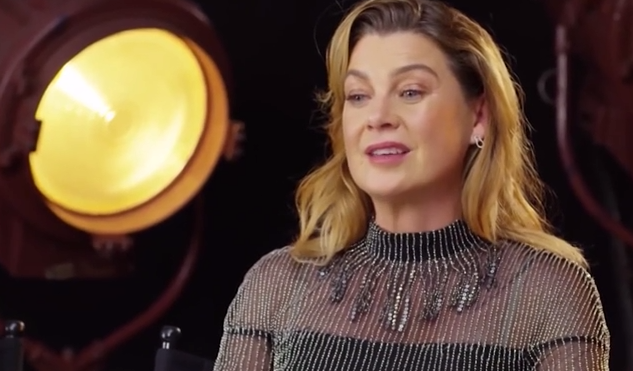 As much as fans love Grey’s Anatomy, they know it can’t go on forever. Ellen Pompeo recently appeared on the podcast “Armchair Expert” by Dax Shepard to discuss her time on the show. After 15 years and 17 seasons, Pompeo says she hasn’t particularly enjoyed watching herself age on the show.

“But at the same time, I think the overall goal of my life is to always keep my ego in check,” Pompeo continued. “I don’t want to tell myself lies. I don’t lie about my age.”

“Certainly, I think to dip out sooner rather than later at this point, having done what we’ve done, to leave while the show is still on top is definitely a goal,” the Grey’s star said. “I’m not trying to stay on the show forever. No way.”
Grey’s Anatomy already spawned two spinoffs that exist within the Grey’s universe, so it’s possible the show could continue without Ellen Pompeo. But would it be the same?

Ellen Pompeo herself worried Grey’s Anatomy wouldn’t be successful without Sandra Oh or Patrick Dempsey, but it’s continued to thrive season after season. She told Dax Shepard after Sandra Oh’s exit, there wouldn’t be a show at all. But when Patrick Dempsey left, she was determined to make it work.

“When Patrick left, I had something to prove,” said Ellen Pompeo. “He left season 11, and then I was renegotiating season 12, so I could have left, because the man left, which is not the story I want to tell.”

Fortunately for fans, Ellen Pompeo stuck around and is now one of the highest-paid actresses on television.

However, some fans feel the show has run its course. After Season 17 airs this fall, they worry there isn’t much left of a story to tell. Grey’s veteran Justin Chambers (Dr. Alex Karev) exited last season, leaving only three of the show’s original actors as part of the cast. But the show proves time and time again that it can survive without former leads. It may go on without Ellen Pompeo.

Season 17 Could Be Here Before You Know It

Grey’s Anatomy and its sister show, Station 19, will return this fall, but no one knows exactly when right now. One thing has already been confirmed — the upcoming season will definitely handle the Coronavirus pandemic.

Ellen Pompeo recently teased that the cast and crew are preparing to resume production:

We are almost ready to start shooting!! https://t.co/ZeBwuovfNu

If there’s one person who should know, it’s the Grey’s Anatomy star!

But what do you think? Does Grey’s Anatomy have plenty of life left, or is it time for the Grey Sloan surgeons to hang up their scrubs? Leave your thoughts in the comments. Keep following us online and we’ll update you when we have any more information.

Andrew Spencer Shares Heartfelt Message, Has ‘Bachelor’ Nation Request
‘General Hospital’ Spoilers: Is A Maxie Recast On The Way?
Khloe Kardashian & Tristan Thompson Spending Time Together: Are They Back Together?
‘Say Yes To The Dress’: Did Randy Fenoli Fat Shame Daniela?!
A New ‘Big Brother’ Baby Has Been Born! Who Gave Birth? [See First Pic]