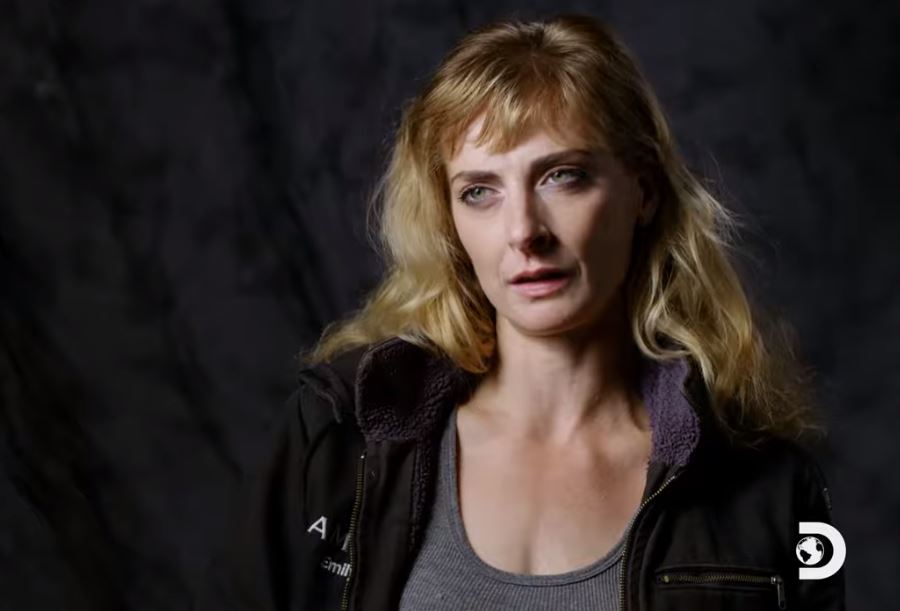 On tonight’s Bering Sea Gold, it’s all in a day’s work for all the cast as the struggle to claim gold from the waters around Nome is exacerbated by brutal cold and weather events.

The Eroica’s owner Emily Riedel is sucking wind out on the Tomcod claim, as her diver Grant is working ocean floor assiduously, but visibility is an issue. The water is borderline murky.

TV Shows Ace has an exclusive clip that shows Emily fretting about the low production as time is money and no gold means it is costing her to be out there running her boat and paying salaries.

Riedel does not look or act like any of her Bering Sea peers, and she is a fan favorite for good reason.  Classically trained in opera, Riedel’s journey to starring in the Bering Sea Gold series has been an interesting story.

Since season 1, this pretty 31-year-old came to Nome and was enlisted as a deckhand on The Clark, a suction dredge owned and operated by her childhood friend, Zeke Tenhoff, in Nome, Alaska. Zeke’s second boar called The Edge was then purchased by Emily who renamed it The Eroica.

In our exclusive TV Shows Ace interview she details the path that eventually lead her to owning her boat called The Eroica. Emily named it for composer Beethoven’s Eroica Symphony a tribute piece to Napoleon.

What happens on Bering Sea Gold

Our exclusive clip shows Emily trying to keep warm as she is in communication with Grant, who is working the suction dredge under her boat in less than optimal conditions.

No signs of gold, but Emily is hopeful. SHe asks Grant: “How are things going?”  He explains that his air is good and that everything feels good, and is busy suctioning areas in a methodical fashion.

For the moment she is happy and adds: “Good man we just need some gold.”

Narrator Mike Rowe explains what is going on and says: “Now well into her team’s first full dive of the season, Emily Riedel is desperate to finally strike gold on the Tomcod claim but so far they’ve come up empty.”

Starting to show concern, Emily says: “Grant spent most of his diving career out on Tomcod, so he’s familiar with ground and what pays he’s leaving no stone unturned basically so if he’s not finding any signs of gold it’s not it’s not a good thing.”

She radios down to Grant and asks: “Are you finding anything worth staying here for?”

His answer is not music to her ears as he says: “Not seeing anything that is really blowing my mind.”

Following the arctic storm that drove everyone to shore, Shawn embarks on a marathon dive as Kris Kelly unveils a diving relay with The Reaper’s new diver Shaunna.

As we see from the exclusive preview, Emily takes another desperate shot at Tomcod gold.

Tune in tonight to see if anyone comes up with the shiny ore from the shallow edges of the frigid Bering Sea tonight: