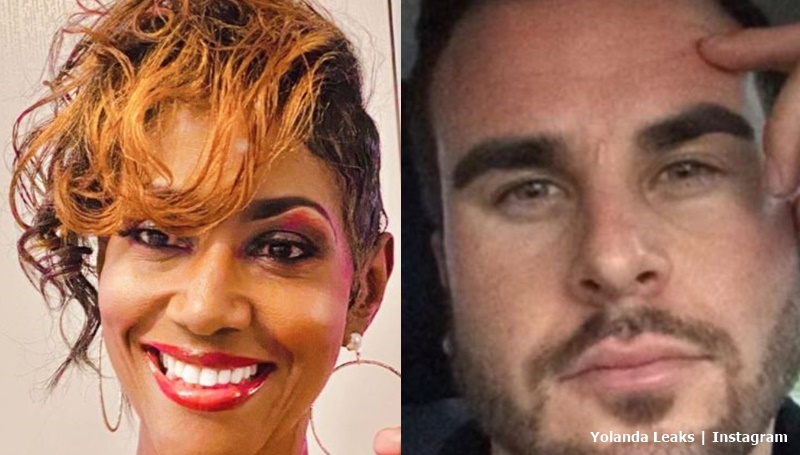 90 Day Fiance fans heard back in June that Yolanda still didn’t discover the identity of Williams. In B90 Strikes Back! they also discovered that TLC’s Caesar Mack slid into her DMs. But, it looks like she moved on from all of that. Now, she apparently dates hunky Bachelorette alum, John Seiter.

We reported that when Ceasar Mack slid into Yolanda’s DMs, she rejected him. Apparently, he reached out to her. One of the 90 Day Fiance fans suggested that Yolanda should date Caesar Mack, but he already tried it on. At the time, she said that he didn’t fit the bill. It seemed that he just didn’t have the right physique for her and she prefers a bit of “muscle.”

Well, it looks like she found her bit of “muscle” in Josh Seiter. Describing them as a Reality TV crossover couple,” InTouch Weekly noted that the news she dates Josh came via her Instagram on Thursday, August 27.  The 90 Day Fiance star shared a photo of him without his shirt on. The ABC alum certainly seems just fine in the muscle department. Plus, he enhances his looks with some serious tattoos.

Who is Josh Seiter from the Bachelorette?

If you watch the ABC show, you’ll recall that Season 11 took a slightly different format. Instead of starting off with just one lead, they brought in two bachelorettes during the first episode. Kaitlyn Bristowe finally took the spot and Britt Nilsson got rejected by the bachelors. Josh Seiter was one of those bachelors. He’s the one who jumped out the limo and did a strip-tease.

Josh never got very far and went home after one week. The new 90 Day Fiance love-interest was a law student at the time. Interestingly, the Chicago-born star’s also an exotic dancer. Born in 1988, at 32, he comes in much younger than Yolanda. In her season on TLC, she was already 51 years old. But, she sounds delighted with her new man.

Sharing a photo of Josh, Yolanda wrote, “Been gone two weeks and Bae is already coming back to Vegas to see me!! I love you so much rn @josh_seiter_official ❤️❤️❤️🥰.
Ayyyyyeeee…. Lets toast it up!!🍷🍷.” Hmm, well, some people reacted with some skepticism. One of those included blogger John Yates.

John responded with, “Enough already with this bs I have a bridge to sell to anyone who believes this.” And, sassy Yolanda replied to him. She quipped, “Awwww…… 🤣🤣🤣🤣 U should be rich then!!! 😂😂😂.” Later, Yolanda explained that they just see where things go for now.

Yolanda wrote, “I’m just trying to have a friendship and who knows where it will go. To us it’s a good start nothing else and I wanted my fans to know I found a true friend as we are good friends now and that I was happy. No one knows the future certainly not me but I’m enjoying my new friend day by day and that’s all that really matters to us both. ❤️❤️

Been gone two weeks and Bae is already coming back to Vegas to see me!! I love you so much rn @josh_seiter_official ❤️❤️❤️🥰. Ayyyyyeeee…. Lets toast it up!!🍷🍷

Well, judging by her initial caption, it certainly seems that the “friendship” looks rather like “dating.” Do you agree? Sound off in the comments below.