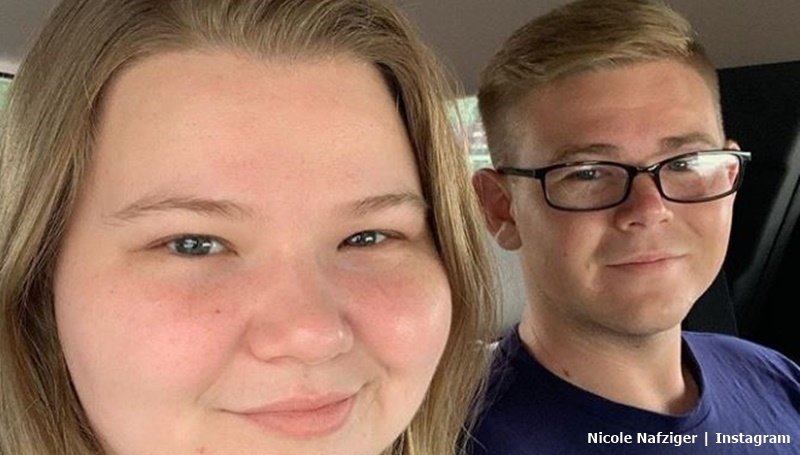 90 Day Fiance fans give Nicole Nafziger such a hard time. Nothing she does sits well with them. Recently, they all took issue with her visiting Azan in Morocco. Then, they found something to complain about when she returned. But, when she shared about her brother Tomas, fans said some very nice things about him.

Fans of the TLC show might recall that Nicole shared about Thomas going to boot camp in September last year. “I am soooo proud of my little brother that he went to work with the Marines last weekend,” she wrote. World News Daily shared that she seemed very impressed with his weight loss. Now he visits home again, and fans asked what job he does in the Marine Corps.

The 90 Day Fiance alum shared a photo of her in the car with Thomas. She captioned it with, “Hanging out with my brother today. It’s been so nice having him home from the Marine Corps this week. Love you, bro.” Lots of fans thanked Tomas for his service. And, one asked him what he does there.

Thomas works as a Lance Corporal

One fan asked, “What’s your brother’s current rank and job in the Marine Corps. I remember when he graduated boot camp. Semper Fi. 👍🇺🇸.” Tagging her brother, Nicole let him answer for himself. He replied saying, ” I’m a 6317 aviation technician for f18’s.” Wow, that sounds impressive, and lots of people congratulated him.

One follower noted that making it into aviation as a technician means he’s a rather smart guy. Apparently, only the best and brightest make it to the unit. Meanwhile, one 90 Day Fiance fan noted, “Before I even read the caption, I could totally tell he was a Marine! My son is a Marine at CLNC. He comes home next weekend for his 21st bday! ENJOY! The time is so precious. Semper Fi Marine!”

Actually, that fan’s spot on with their observation about telling he’s a marine instantly. No matter where you travel, Marine Corps personnel get spotted. One section of the unit guards the embassies across the world. Like shining beacons, these young people stand out in any social setting. Fit, clear-eye, and incredibly earnest, they certainly represent their country in a good light.

90 Day Fiance fans also like Thomas because he defends his sister. She gets a lot of trolls. Sometimes, when things get ugly with them, he pops on social media up and stands by his sister. No wonder that in her Instagram post, she looks so happy to see him.

What do you think of Thomas Nafziger? Did you spot him for a marine the moment you saw the photo? Sound off your thoughts in the comments below.