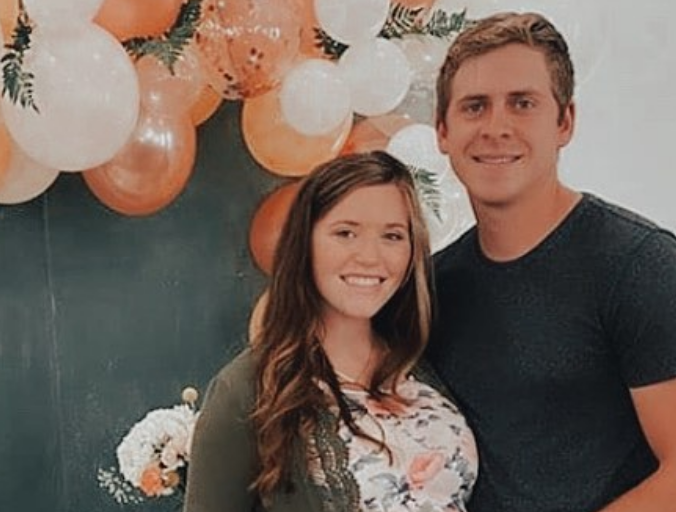 Counting On stars Joy Duggar and Austin Forsyth welcomed their daughter to the world on August 21. A few days later, they shared about her arrival. But, they still haven’t announced her name. Prior to her birth, they shared that they wouldn’t name her until she was born.

On Wednesday, Joy encouraged her social media followers to check out their YouTube channel for new posts and updates. But, she hasn’t uploaded a new YouTube video since then. Fans suspect that the baby’s name will be announced in a YouTube video soon.

In the meantime, Duggar fans have been guessing the baby’s name. Apparently, some of them think it is Georgia, because Anna Duggar included a peach emoji in the post she shared about the baby. Other popular guesses include Faith and Hope, as this is Joy and Austin’s rainbow baby. They lost a baby in 2019.

While Joy and Austin have yet to share the baby’s name themselves, the name was leaked.

On Instagram, a photographer, Three Bees Photography, shared a few pictures of Joy and Austin with the baby. two-year-old Gideon also made an appearance in one of the photos. When the photographer first shared the photos, they included the baby’s name: Evelyn. You can see a picture and the original caption here. Note that we still don’t know the baby’s middle name.

Now, the photos of the family are still up on the Instagram page. Shortly after the photographer shared the pictures, the caption was updated to read, “Meet The newest addition, 6 days new and already so loved! She was bright eyed this morning, and stole my heart.”

It’s possible that the couple had the photoshoot done to announce the baby’s name. They might use the new family photos to share the baby’s name with the world soon. As mentioned, Joy directed her followers to her YouTube channel, so they may plan to make the announcement there.

With the name being public now, it’s possible that the couple will share the baby’s name sooner rather than later.

So, what do you think of Joy and Austin’s daughter’s name? Share your thoughts in the comments below.