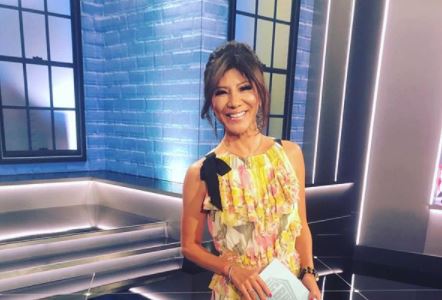 Tonight on a new episode of Big Brother 22 the fans saw Janelle get sent home. It was then time to start an HOH competition. The crazy thing was tonight’s didn’t end at the end of the show. Then fans tried to watch on live feeds and it wasn’t showing the feeds either.

Janelle was sent home and was a bit shocked by the two people that voted to keep her. Memphis is someone she thought was on her side, but it turned out to not be that way. She isn’t looking forward to Kaysar ending up telling him everything and hurting his own game.

What was the competition?

The big HOH competition was a carnival game. They had to compete in two groups of six, but those were a random draw. The first team was Nicole, Da’Vonne, David, Ian, Enzo and Kaysar.
The second group was Dani, Cody, Baleigh, Kevin, Memphis and Christmas. They had several rounds and had to sink the balls by rolling it up a ramp. It wasn’t an easy one to do.

You couldn’t watch this Big Brother competition on the live feeds. This means fans had to wait on the feeds to come back and listen to everyone talking about it. As you can see below, this is what they were showing when the live feeds were on.

If you are looking for who won the HOH, you are in the right place. This season of all-stars has some pretty tough competition. You got to see Kaysar make it to the second round, but then this episode was over. It would have been pretty interesting if he would have found a way to win the competition after the rough week he just had.

When the feeds came back on, it was revealed that Enzo Palumbo was the one to win the HOH competition. He was just hanging out and being pretty quiet about what went down as the feeds came back on. Fans will get to hear more on the feeds and of course, watch the competition on the next new episode. This won’t be airing again until Sunday. You will get a big recap of what all went down tonight when the live feeds were shut down.

Are you happy about who won HOH tonight on Big Brother 22? So, make sure you don’t miss new episodes on CBS.