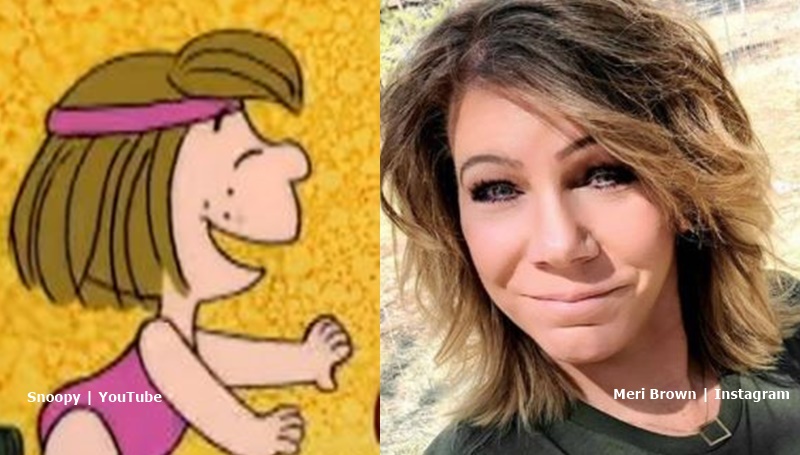 Sister Wives fans who read Becoming Sister Wives: The Story of an Unconventional Marriage, know that Robyn spoke about her alter ego. She totally relates to She-Rah. Or, she did in her younger years, anyway. So, if you gave Meri Brown an alter ego, would it be Peppermint Patty from Peanuts?

Robyn Brown seems to come over as Kody’s favorite wife in the TLC show. But, we noted that sometimes she actually looks a bit vulnerable. That could relate to her claiming her first her husband was abusive. And we reported that she claimed David Jessop also bullied her kids. Now adopted by Kody, the kids seem happy enough.

During the Sister Wives season, Robyn participates in conversations on Twitter. But, outside of the seasons, fans almost never hear from her. It seems she values her privacy a lot. But, sometimes she comes over as a bit “childlike” as well. One person who reviewed the book noted that. After all, she described how she likened herself to She-Rah.

Recall that She-Rah’s a fictional character from the animated She-Ra and the Princesses of Power. A bit of a female he-man, she believes in doing the right thing. And she always encourages those around her to do that as well. In a way, she comes over as inflexible, a bit judgy, and holier than thou.

Many Sister Wives fans might agree that Robyn chose the right alter ego. But over on Reddit, that got people discussing who the other cast members might be in pop-culture. A few very good suggestions emerged such as Janelle being “Velma from Scooby-Doo,” Christine as “Smurfette,” and Kody as either “Inspector Gadget” or “Spicoli.” But, Meri Brown as Peppermint Patty also arose. How accurate is that idea?

If you ever read the books about Peanuts or watched animated versions, you came across Peppermint Patty. Personality Database describes Peppermint Patty as ESTP ( Extroverted, Observant, Thinking, and Prospecting personality traits.) Meanwhile, 16 Personalities, described such people in business as loving the “center of attention.” Easily bored, “they also tend to use their own moral compass than someone else’s. Rules were made to be broken.”

And, there’s the Peppermint Patty version of Meri Brown fans know so well. Energetic, tomboyish, and enthusiastic, Peppermint hopes for the heart of Charlie Brown. She can’t get it, so she hangs about hoping her many antics get his attention. Watch the video below to get an idea of how this might relate to Meri Brown.

What do you think about Redditors suggesting that Meri Brown’s best alter ego might be Peppermint Patty? Or do you think the Sister Wives star might be someone else? Sound off your thoughts in the comments below.