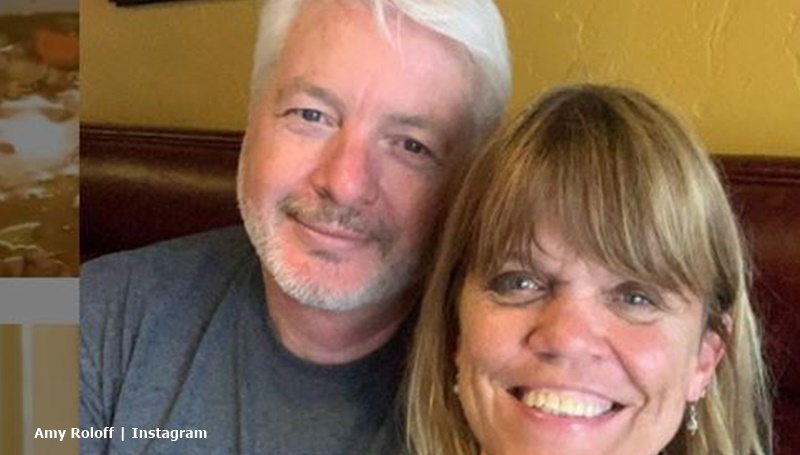 LPBW star Amy Roloff and her fiance Chris Marek recently got back from a road trip on his bike. Busy bee Amy then went off to Michigan to catch up with family. Now, she talked about how she and Chris tested negative for COVID-19. That means they begin filming again.

Fans heard that Little People, Big World brings a new season of the show this fall. The popular TLC show covers a lot about Amy moving off the farm. Good Housekeeping reminds readers they can expect to see “the end of an era.” Amy moving off the farm and into town involves some difficulty during the coronavirus.

As the show arrives in just a few weeks it’s not clear that Amy talks about filming for the upcoming season or another season. LPBW fans just love the idea of any filming taking place. Actually, plenty of rumors run around the Internet that this might be the final season of the TLC show. That seems related to the TLC description that describes the September show as an “end to an era.”

Amy used some interesting hashtags in her post about filming

Amy started off by saying that she visited Michigan. There, she caught up with her dad her family. On her return to Portland, she described seeing Chris as very special. The Little people, Big World star noted, “my heart was so happy to see him and get a big hug from him. I missed him a lot. Love him so much.”

Next, the LPBW matriarch talked about filming. She wrote, “Then to business – We both got tested (negative) so now we can get back to filming.” As aforementioned, it’s not clear what they film for. Naturally, it could be more of the same old TLC show, albeit it with her off the farm. Nevertheless, given rumors that the show ends in fall, her hashtags seem interesting.

Spinoffs for the LPBW family?

Back in March, we reported that Matt Roloff talked about the possibility of spinoffs. It came during a chat he held with the First Class Fatherhood podcast. He didn’t say that the season about to air is the last, but the fact that they think about spin-offs could hint an end to the show. So, there’s a possibility that Amy and Chris might get their own spinoff with TLC.

Of course, Amy and Chris plan on marrying next year. LPBW fans hope for a special on that when it happens. But, it’s probably too early for filming that right now. The fact that a spinoff might start filming, could possibly be hinted at in Amy’s hashtags on her August 25 post. She put in #storyofamyrandchrism and #amyroloffsnextchapter.

I was so excited and happy to get back to my man, fiance Chris♥️ after being in Michigan for the week visiting my Dad and family😊. Though I miss not staying in Michigan a little longer (my shortest trip yet) my heart was so happy to see him and get a big hug from him. I missed him a lot. Love him so much. Then to business – We both got tested (negative) so now we can get back to filming. #myfiance #storyofamyrandchrism #amyroloffsnextchapter #lpbw #puremichigan

What do you think about Amy and Chris starting to film again? Is it for the upcoming season in the fall? Or, could they begin filming their own spinoff? Sound off your thoughts in the comments below.