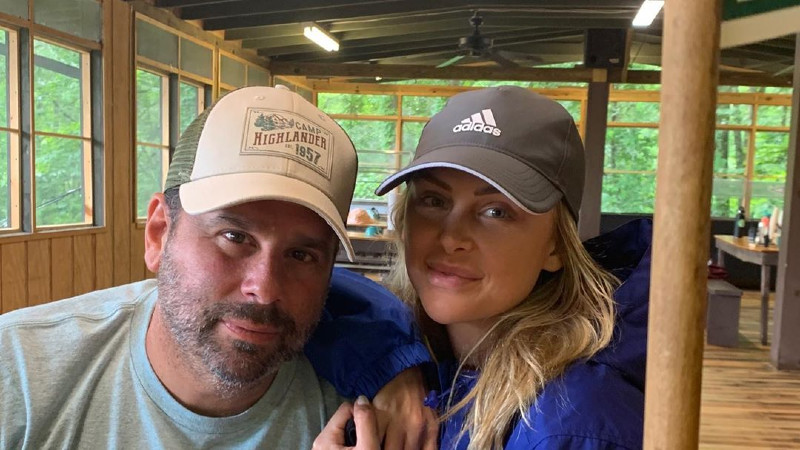 Lala Kent has the typical Hollywood story. Midwestern girl from Utah with dreams of being an actress moves to L.A. In between auditions, she works at a restaurant (Vanderpump Rules’ SUR.) Then she meets a Hollywood big shot and hoodwinks him into casting her in all his movies.

In fact, Vanderpump Rules fans remember in vivid detail Lala’s retelling of her first encounter with Hollywood producer Randall Emmett. She told a shocked Stassi Schroeder how she was intimate with Randall the first night. And woke up to a brand new car.

However, Randall finally appeared on Season 8 of the show and changed viewers’ impression of their relationship. While the duo has to deal with the occasional troll about the sincerity of Lala’s love, most fans adore the couple now.

And Randall doesn’t really put Lala in EVERY movie he makes. He’s said in the past that he makes her audition, just like everyone else. Randall didn’t give Lala a role in his upcoming feature film starring Megan Fox and Machine Gun Kelly. Lala does, of course, hang out with the stars, courtesy of Randall. And Lala does take credit for Megan Fox and MGK winding up in a relationship together.

So, fans were shocked by Lala Kent’s acting range in the newly released Hard Kill.

The Pump Rules star has made small appearances in other movies. However, she gets top billing in her latest acting venture. She plays the daughter of Bruce Willis’ character in Hard Kill. Lala’s character, Eve, is kidnapped because she has some AI program the bad guys want.

Due to the coronavirus pandemic, the stars and crew had to skip the traditional movie premiere. Instead, they creatively did a drive-thru movie screening.

While The Hollywood Reporter’s review of the movie isn’t positive, fans adore Lala’s performance. Given the judgment from fans about how Lala got famous, fans feel this role redeems her.

Instagram fan account @queensofbravo shared a clip of one of Lala’s scenes in Hard Kill. In the caption, they wrote that Lala is “acting her a** off” in the movie.

The movie will be available on streaming platforms for digital download on September 14, 2020. In the meantime, check out this trailer.

Lala’s Vanderpump Rules co-star James Kennedy took to Instagram to congratulate his friends on the movie premiere. In fact, both James and his girlfriend, Raquel Leviss, went to the drive-thru premiere!

Bravo has yet to announce any plans for a new season of Vanderpump Rules. Follow us on social media for the latest updates on your favorite shows!