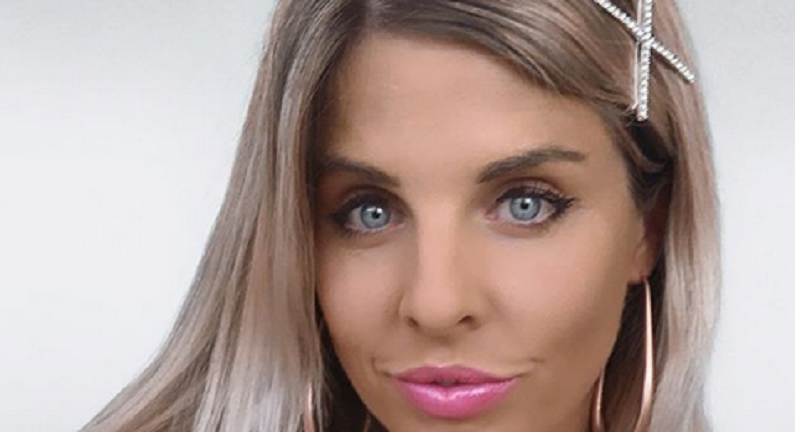 Below Deck Med star Christine “Bugsy” Drake is sharing her thoughts on former chief stew Hannah Ferrier. The two ladies had a tough go. Hannah and Bugsy butted heads in Season 2 of Below Deck Mediterranean. Bugsy, a fellow chief stewardess, was harsh about Hannah’s work ethic and table decorating skills.

But the two eventually made peace during Season 5. At first, Hannah was not happy when Bugsy returned to fill in as the second stew. The two didn’t even want to bunk together in order to please bosun Malia White and her boyfriend Tom Checketts. In a new interview, Bugsy revealed there’s no longer bad blood between them.

Bugsy Drake and Hannah Ferrier are on good terms

The Below Deck Med star spoke exclusively to E! News. Bugsy Drake revealed the unaired conversation she shared with Hannah Ferrier before her departure. As fans know, Captain Sandy Yawn fired Hannah for having unregistered Valium and a CBD pen. Bugsy was just as shocked as the fans were.

“It wasn’t really something I had expected was gonna happen,” she told E! News on Wednesday, August 26. “Obviously, it came very out of the blue to me, and at that point, it was just time to hit the ground running. We had to carry on amidst all the drama that was going on.”

Throwback Thursday dedicated to the day I was first awarded my 3 Stripes as Chief Stew ⚡️ 5 whole years ago! it took a lot of hustle, long hours and discipline… but I had my mind set on it! Whatever you want out of life.. GO ALL IN! ✨It’s NEVER easy… but it’s worth it! 🦋

Regarding her difficult relationship with Hannah, the Bravo personality said she is in “a better place” with the former chief stew. The two even got to say their goodbyes. Unfortunately, fans didn’t get to see it and still blame Bugsy for Hannah’s firing.

“Out of everybody, I think I was the last to find out that she’d actually left the boat,” Busy said. “You don’t get to see it on the show, but Hannah did say goodbye to me and we both kind of agreed that it was good that we got to start over.”

However, Bugsy still supports Malia White’s decision to expose Hannah to Captain Sandy. She feels that her best friend “knows more about Maritime laws” and “the more serious side of yachting.” She refuses to “judge” her for making that call.

Below Deck Med star is excited about Hannah’s pregnancy

During her interview with E! News, Bugsy exclaimed how excited she is over Hannah’s pregnancy. Back in June, the Below Deck Med star announced to her fans that she’s pregnant. It’s the first for Hannah and her long-time partner, Joshua.

“She’s very happy and I couldn’t be happier for her becoming a mum,” Bugsy exlained. “Because I think that’s been a long time coming and that’s what she really wanted. It’s a bigger title to take on than a Chief Stew and I think she’ll be good at it.”

This isn’t the first time that Bugsy gushed over Hannah’s pregnancy. Earlier this month, she shared her support for her former costar in an interview with Us Weekly.

BABY SHOWER ANNOUNCEMENT!! Please read on… So what you see if this photo is a very happy, smiley, pregnant woman. What you see in tonight’s episode is a very distressed, upset, stressed out and anxiety ridden woman… They are both the same people – just in different situations. As many of you know I suffer from anxiety which can be brought on by many different things but tonight’s was brought on by seeing my good friend @hindrigolorran in such pain and being unable to help him. This paired with severe lack of sleep and feeling like I was stuck in a situation I didn’t want to be in brought on a panic attack. What you see on TV and what is happening inside someone’s head can often differ. A lot of you have sent me messages asking for my baby register which is so amazing of you. My little one is very blessed that we can provide all they need but in place of that I have set up a baby registry with one of my favourite charities @lifelineaustralia – Lifeline assists people in need with anxiety, desperation and raises awareness for suicide. Any donation large or small would be greatly appreciated and it will be amazing to let my little one know they made a difference before entering the world. 💗💗💗 Thank you for reading x The link is here and in my bio https://fundraise.lifeline.org.au/fundraisers/hannahferrier

“I think she’s at that point in her life where she really wants kids,” the Below Deck Mediterranean star said at the time. “I watched back on the first episode of the first charter with the family with a lot of kids, and she did really well with them.”

The South African exclaimed that the former yachtie is “glowing” and “looks amazing,” adding, “I’m happy for her.”

Sister Wives: Robyn Brown Is ‘Tired’ Of Dealing With Kody’s Jealous Wives
‘The Bachelor: Women Tell All’: Did Producers Edit Out Heather Martin?
Jacob Roloff & Isabel Rock Put A Smile On Matt’s Face
Why Did Abigail Heringer Create A Fake Instagram?
Tammy Slaton Has Major Breakthrough: Is She Done With Excuses?