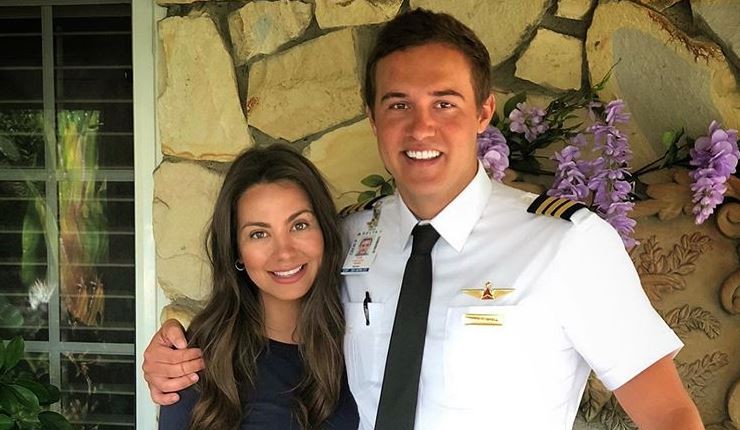 It’s vacation time for former Bachelor Peter Weber and Kelley Flanagan. They both have been sharing tons of Instagram stories about their trip. Kelley began their vacation by asking fans to guess where they were going. As it turns out, their destination is one that will be seen quite often very soon.

These two lovebirds are headed off to Pennsylvania. Kelley went to her Instagram stories to share all about their trip. Upon their arrival, Kelley and Peter shared they were at Nemacolin Woodlands Resort. This resort is located in the Laurel Highlands of Southwestern Pennsylvania. However, there could be another reason these two are headed off to this magnificent resort.

Last week, Reality Steve announced that Matt James will film his season of The Bachelor at this resort. So, it looks like perhaps the franchise is trying to get some attention on the Nemacolin Woodlands Resort prior to filming.

In fact, Peter and Kelley were not the only ones who have mentioned this resort this week. Jason Tartick was asked where his favorite place to vacation is. He responded saying the Nemacolin Woodlands Resort.

Matt James will not be the first member of Bachelor Nation to film at this resort. JoJo Fletcher also filmed here. She filmed the episode where she sent bad boy Chad Johnson packing at this resort.

Steve sent out a tweet earlier today discussing Peter and Kelley’s sudden trip. He said, “Yes, the reason Jason, Peter, & Kelley have been posting about Nemacolin Woodlands Resort in their IG stories is to promote/advertise since Matt’s Bachelor season will be filmed there. It’s not a coincidence all 3 are posting about it in the same week.”

Yes, the reason Jason, Peter, & Kelley have been posting about Nemacolin Woodlands Resort in their IG stories is to promote/advertise since Matt’s Bachelor season will be filmed there. It’s not a coincidence all 3 are posting about it in the same week. pic.twitter.com/5MD1MzBtrS

The resort plus things Kelley and her man are doing

Peter and Kelley have both been sharing videos on Instagram of the amazing things this resort has to offer. One video shows them having room service. The food looks amazing and Peter was sure to point out the delicious chocolate ice cream for their dessert.

There is of course championship golf courses which Peter and Kelley have already been hitting the greens. They appear to have enjoyed a candlelit bath in a luxury tub. And, champagne greeted them at Falling Rock. A note on the tray said “Welcome to Falling Rock, expect the unexpected.”

The resort is situated on 2,000 acres and offers a wide array of activities. This will be especially important for the cast and crew filming The Bachelor in late September. They will all be confined to the resort for the entire filming process.

It looks like Peter and Kelley will not have a hard time enjoying this romantic getaway.