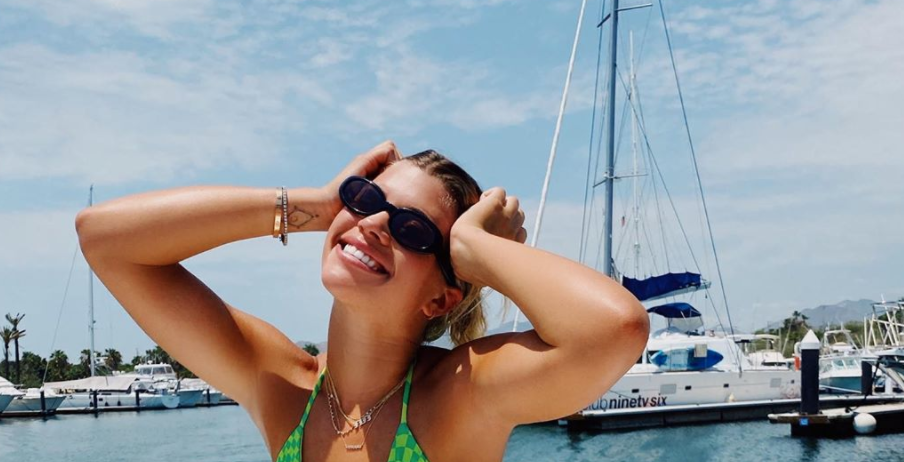 Scott Disick and Sofia Richie just can’t seem to make it work. The two split again and Sofia is opening up on her feelings. Turns out, she doesn’t actually care that much.

Scott and Sofia dated for a couple of years before calling it quits earlier this year. They decided to get back together however apparently it didn’t work out very well.

While initially, it seemed like Sofia might not be doing too well this time around, sources are clearing that up. According to Us Weekly, she has a good group of people around her who are distracting her during this hard time.

“Her friends and family have been surrounding her with so much love and support, especially for her birthday, so that’s been a nice distraction for her,” the source reports.

Sources say that now, Sofia is just looking for ways to have fun to keep her distracted. That includes going on a trip with her friends and having a dinner celebration.

She had such a nice dinner celebration with her family and now she’s having the best trip with her friends,” the source says. “She is not thinking about Scott at all right now.”

Yesterday was a girls dream

Good for Sofia! It’s good to see that she seems to be moving on and still having fun instead of being stuck inside, sad.

What happened between the couple?

It seems there are a few things that led to the ultimate split between Scott Disick and Sofia Richie. Earlier in the year, she struggled with the fact that she was never a priority. While Scott does have three children that are very important to him, it’s important that he also pays attention to his girlfriend.

More recently though, Scott was commenting flirty comments on Kourtney Kardashian’s Instagram. Of course, that would cause some major drama. Scott and Kourtney have a long and intense history. No one wants to see their exes talk and flirt on social media.

“It bothers Sofia to see Scott flirt with Kourtney on Instagram and publicly,” a source said about the subject.

However, apparently Scott says they are just best friends. Definitely a sticky situation.

“Scott is so happy that he and Kourtney get along so well and how easy it is with her,” a source says earlier in the summer. “They are really like best friends. … Kourtney is not open to him in a romantic sense, but Scott is always flirting with her and thinks she looks better than ever.”

Did you like Scott Disick and Sofia Richie together? Let us know what you think in the comments. Come back to TV Shows Ace for more news on all of your favorite Keeping up with the Kardashians stars.