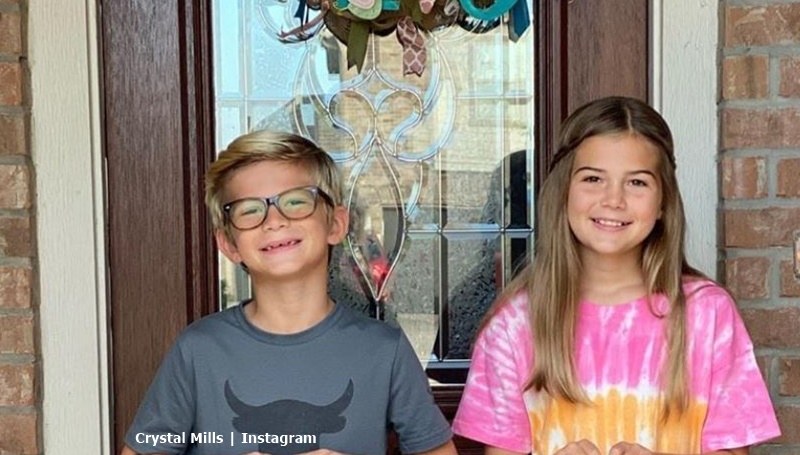 OutDaughtered fans heard about 10 days ago, that Adam and Danielle sent the quints off to school. They attend kindergarten at a private school in Houston. Now, Aunt Kiki, mother of the Busby cousins, announces that McKenzie and Bronson also started school. But, instead of going to school, her kids attend virtual school.

Taking to her Instagram, mom Kiki, the wife of Adam Mills, announced the start of virtual school for her kids. It looks like Bronson starts second grade, and McKenzie goes into fifth grade. Kiki captioned her photo with, “here we go…… 3 weeks of virtual learning! Praying this all goes smoothly! 🙏🏻💚🍎📚✂️✏️🖍.”

Some OutDaughtered fans wished them the best with that. Others lamented that their county never opened the real schools yet. One follower wrote, “We are virtual until further notice. Our county won’t let us do anything. No fall sports, no salons, no school nothing.” But, some fans felt that’s for the best. A lot of people disagree with schools opening as they fear the coronavirus.

Should you send you kids back to school? Or go with distance learning?

While Adam and Danielle chose to send the quints to school, not everyone thinks that’s a great idea. The problem’s a big dilemma for parents. So much so, that the CDC published a decision-making tool. Some counties don’t reopen yet, so in that case, the decision’s made already. But others who have that option, face some difficult choices.

InTouch Weekly reported that Adam and Danielle got a lot of flack for sending the quints to school. The OutDaughtered dad defended their decision. The TLC star said on Instagram “We had a taste of home school last year and learned real quick that we can’t keep all of our business and other obligations afloat and run a school out of our home at the same time. It’s a virus that doesn’t even affect children and we are confident in their school’s protocols for safety.”

The quints seemed rather excited about returning to school. Riley, in particular, struggled at homeschooling and really missed her friends. Plus, if you cast your mind back, Danielle explained the virus to the kids. They started crying at the thought of not seeing their friends. But, not all the kids went back to school. Blayke only starts in September, so it’s been an odd sort of education year for her.

The OutDaughtered cousins start virtual school now, and with the quints away, maybe Blayke feels a bit lonely. But, at least she gets more one-on-one time with her mom and dad. Now in 4th grade, Blayke’s at an age where she likely values a bit of privacy from her little sisters.