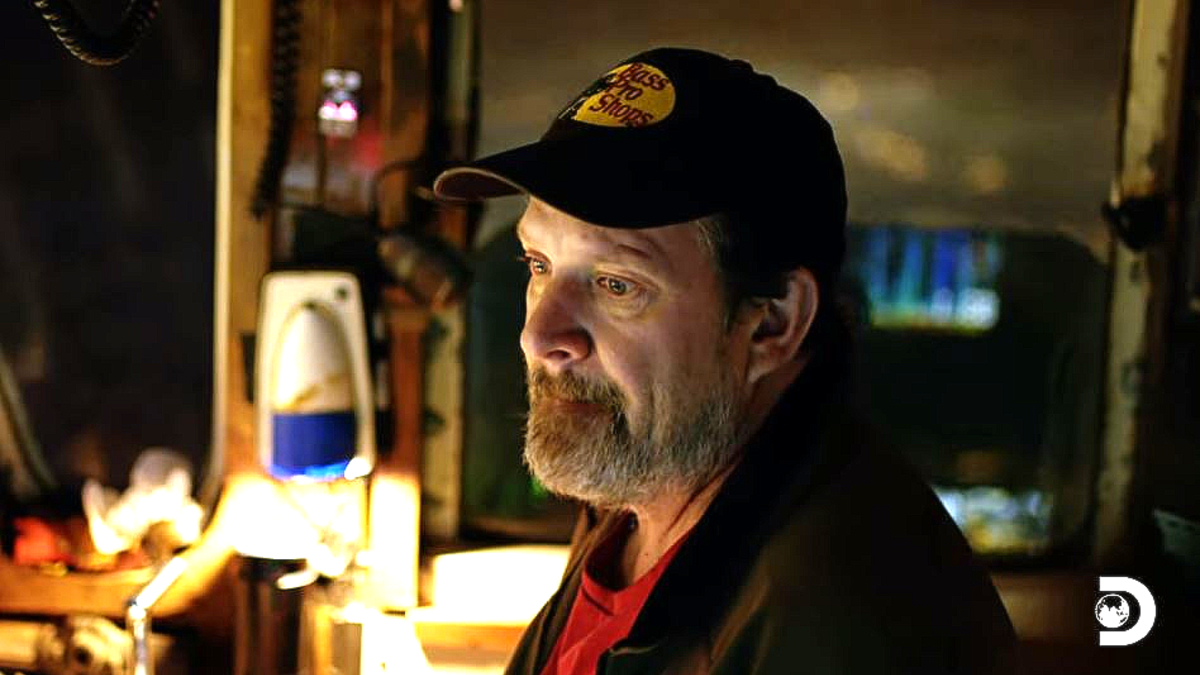 On tonight’s Deadliest Catch, The F/V Wizard is at the very edges of the dangerous ice floes.  Monte Colburn is pitching in as captain for brother Keith, and he is trying to fill quotas.

But Monte is no greenhorn, and he knows he is flirting with real danger as the moon is full, and the tides are producing huge swells.

A wall of water will present itself tonight on Deadliest Catch and TV Shows Ace has the exclusive preview.

Our clip opens with Monte ensconced in the nice, warm cabin as he watches his men unload huge metal pots filled to the brim with crab. This is every captain’s ideal scenario.

Except, the seas are extremely rough and he knows they better shake a leg and get out of the area and back to the docks. The Bering Sea has claimed more than one crab boat, and Colburn does not want to tempt fate.

Narrator Mike Rowe lays out the scenario and says: “Monte spins the wheel on nutrient-rich northern grounds only 60 miles from the ice edge, betting he can take advantage of the fertile territory before the floes envelop his entire 170 pot load.”

What that means in layman’s terms is that Monte does not want his pots frozen under the sea, the lines encased in ice and the expensive equipment pretty much a lost cause.

Monte says: “It’s going to be a little hairy because it’s sloppy [the weather] but you gotta take a chance you leave the dock you want to fill the boat  We’re going to put these pots on the boat and head up the hill.” Then he tells his crw over the intercom to “stack it up.” They are pleased and ready to get back to civilization.

But not so fast.

Deckhand Greg says: “It’s definitely not pretty out here… the cold, the spray hits your face like needles.”

Now the tide is changing and it’s not for the better as the weather goes south, creating some nerve wracking swells.
at the best.

Then a wall of water is in Monte’s eyeline.

The clip ends as a wall of water hits the F/V Wizard.  Tune in tonight to see how they fare and how much crab was found and if it was worth the risk.

Monte made his way north just two years after his older brother Keith, getting a crash course in crab fishing on the crabber Juno, a partner vessel to the Alaska Trader that Keith was working on at the time.

In 1988, brother Keith hired him aboard the Wizard as a full-share deckhand.

Handy, Monte also once rebuilt the whole engine on the Wizard, about a $100,000 job.