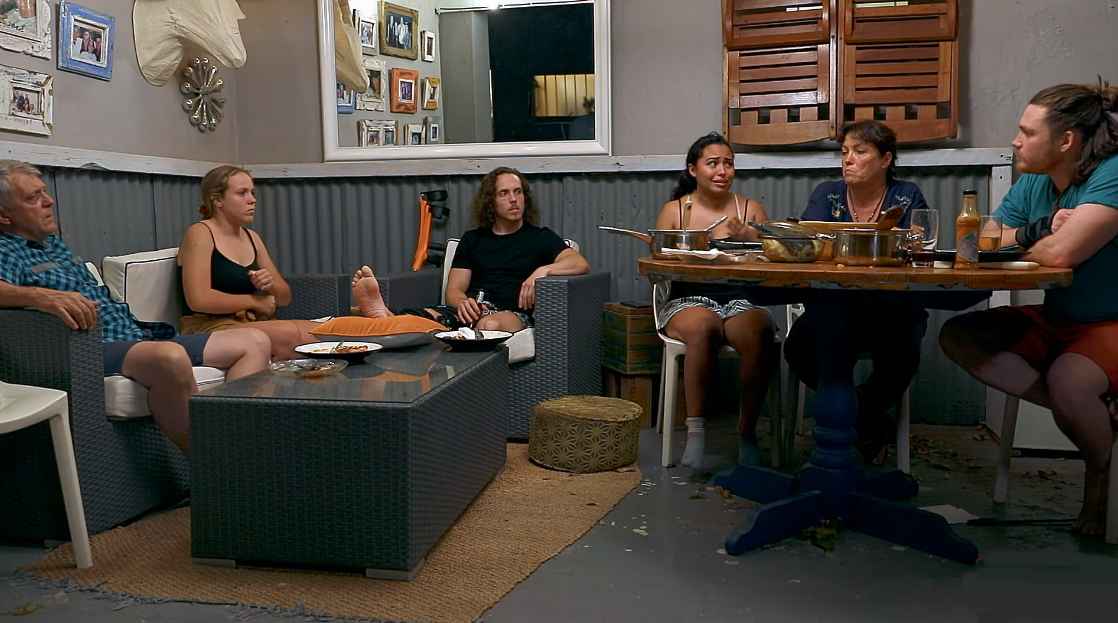 In the latest episode, 90 Day Fiance: Happily Ever After? stars Tania and Syngin are at a barbeque with his South African family. The family meal was intended to bring the family together. However, the “braai” leads up to a major fight between the TLC reality stars. Tania is reduced to tears, while Syngin storms off in a temper.

90 Day Fiance: Happily Ever After? stars Tania and Syngin at a family braai

Tania and Syngin are currently visiting his family in Cape Town, South Africa. This is after the TLC reality star received bad news about his brother Dylan. What with his recent drinking night out with the boys, the trip has been a disaster. Many fans believe Tania expects too much from her South African husband.

In the August 23 episode of 90 Day Fiance: Happily Ever After? Syngin prepares a delicious meal. It is clear his family is looking forward to digging into the food. However, while the family is enjoying the food, Tania launches into an attack on her husband. In the process, he denies ever wanting “the American dream.” This is due to the fact that he is unable to find employment in the U.S.

During the episode, Syngin describes how homesick he is for South Africa while living in America. Meanwhile, Tania brings up the subject of children. She isn’t prepared to raise children in South Africa, due to racism and poverty. While she is speaking, Syngin cuts her off saying, “Kids? Who said that’s ever going to happen?”

The argument continues over Syngin, his procrastination and how he needs to “level up” in his life. Tania continues arguing, pointing out how Syngin is only getting where he is in life because of her. Meanwhile, he turns to the camera, saying he wasn’t sure if he has a happy future with his American wife. That has to smart!

While this part of the episode was short, according to Syngin, the TLC production crew was filming for six hours. He shares some behind the scenes images to his Instagram account. His caption reads, “The braai night ooo what a night that was.”

The braai night ooo what a night that was…these are the only behind scene pictures I have..thanks to my family @dylan_colchester @charyscolchester We filmed that scene for longer than 6 hours and all you see is 5min of it… Crazy Wright?? #90dayfianceseason7 #90dayfiance #90dayfiancehappilyeverafter #familytime #southafrica #westerncape #braai #tlc #realitytv #realityshow #relationship #drama #tvshows #behindthescenes

There was more to the episode than the fight between Tania and Syngin. Fans are interested to learn more about the South African braai. Syngin describes it as a “different word for a barbeque.” He explains that South Africans use wood instead of gas to cook the meat. He also says that a braai is more of a social event for relaxation. The word “braai” is pronounced “bry” and comes from the Afrikaans word for barbeque or roast.

Syngin says it a Sunday tradition in South Africa and is very relaxing. They also enjoy a braai at Christmas, due to the good weather in South Africa. Speaking of cooking over a wood fire, Syngin explains that the fire must always remain lit. The guests gather around the fire, helping themselves to the meat as it cooks.

During the episode, 90 Day Fiance viewers see Tania bringing out plates filled with sausage links for grilling. As noted by Screen Rant, Syngin’s stepdad refers to this as “the business part.” The sausage is known as “boerewors” and consists of ground meat and spices. Guests enjoy a selection of salads and baked potatoes with the cooked meat.

With Syngin storming off to the bathroom and Tania reduced to tears, many 90 Day Fiance fans are speculating. Will he return to America with Tania after the trip, or will he stay home with his loving family?

Watch the continuing story on 90 Day Fiancé: Happily Ever After? on Sundays at 8 pm ET on TLC.