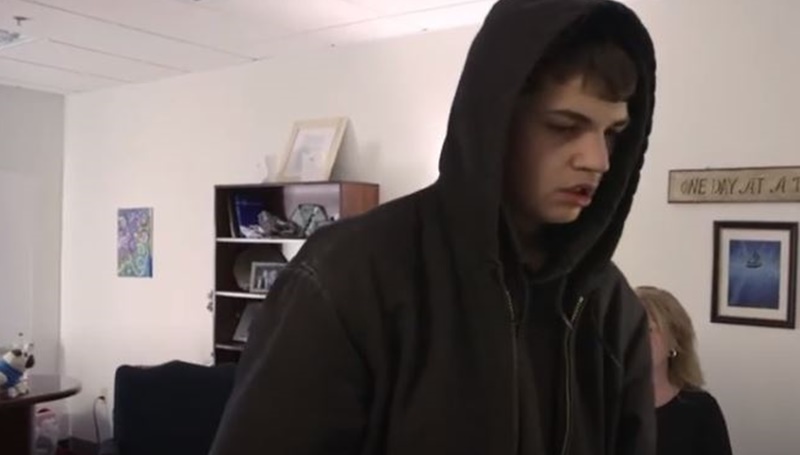 16 and Recovering by MTV brings four episodes in the form of a docuseries. The network brings much more than just teen pregnancies. They also air programs like Catfish and Are You The One?  Now, this new show sounds particularly interesting. After all, teen addictions become way more common these days.

16 and Recovering – the storyline

Everyone’s aware of the opioid epidemic. And the show comes to viewers during National Recovery Month. People explained that the storyline follows nine students at Northshore Recovery High School. The school’s based in Beverly, Massachusetts. There, teens getting over drug addictions attend the school. In the trailer, fans meet Michelle Lipinsky who founded the school.

The trailer reveals the difficult road these teens travel. MTV’s trailer for 16 and Recovering starts off looking much like any other school. The cheerleaders stand alongside a football field. But, inside the school, the difference is revealed. Many students deal with opioid addiction these days. And, some of them overdose and die. When she saw the “faces of her students change,” Michelle was determined to do something about it.

Michelle pointed out that on their “worst days,” those teens struggling with addiction go to her school. She added, “this doesn’t happen in regular schools.”One student said they feel “grateful” that he still breaths. He added, “There were times when I stopped.” This young man believes he’s unworthy of any love. But, people love him anyway.

In the 16 and Recovering trailer, he said that he feels very “grateful to Michelle.” He said that she kept him alive. While it might not be the easiest show to watch, it brings a very important message. The kids celebrate their milestones with great joy. And yes, many of them go on and graduate. Several scenes of graduation feature in the trailer.

MTV fans react to the trailer

Clearly, many MTV fans don’t realize the extent of opioid addiction in the USA. One fan wrote, “wait!…………………….. what?? the whole school is for addiction recovery?! WTF!” Not missing an opportunity to highlight current social issues, one person said, “It’s a privilege thing.” Well, not everyone thinks the same way, and many fans like the idea of the school.

Another person who watch the 16 and Recovering trailer noted, “Grateful a place like this exists- excited to watch and for this show to hopefully inspire others.” Another one felt the series gives them the “chills.” Actually, the number of kids dealing with addictions really is chilling. In the trailer, MTV notes that “1 in 7 young adults need treatment for addiction.”

The show premieres on MTV on September 1 at 9 p.m. ET on MTV. Will you tune and watch it? Do you think this sort of school might become more common in the future? Sound off your thoughts in the comments below.