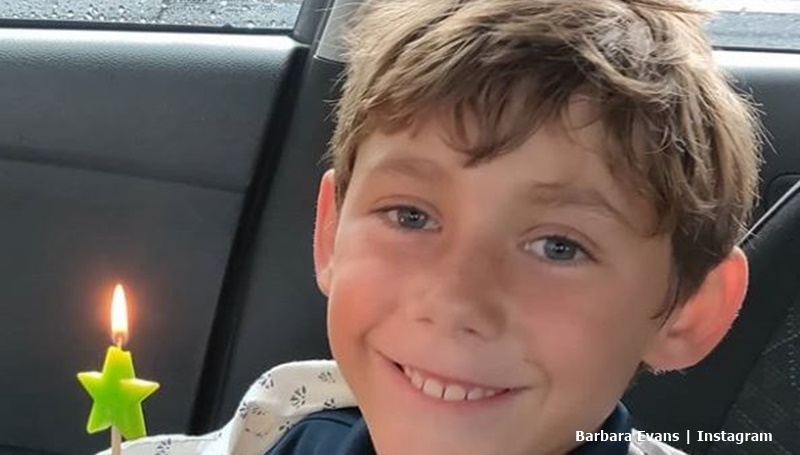 Teen Mom 2 fans see a bit more of Barbara, Jenelle’s mom as the coronavirus restrictions ease up. We reported that Ensley Eason loved spending time with grandma when the beaches first opened up again. Now, Barbs and Jace went out for a meal. But, fans grew angry with the “mask police” and their never-ending criticism.

When Jenelle lost her job with MTV, fans heard that meant Barbara and Jace got canned as well. That made fans sad, as they liked Jenelle’s mom and the way she looks after Jace. But, she can’t escape those mask police. Or, the ones who constantly stress about social distancing. We reported in mid-May, that Ensley enjoyed time with Barbara at the beach.

Teen Mom 2 critics quickly raised the subject of the virus. Barbara shared, “Ensley catching some Sun.🌞 Yay !! Beach is open 🏄🧜🏊🪂 Oak island NC.” Quite a lot of them complained because she spent time with Ensley. They accused her of not distancing from family members she didn’t live with. Well, we pointed out that she stayed with Jenelle and David through most of the quarantine. Now, critics talked about masks and Jace.

Barbara shared a photo of Jace. he looked very happy with his big smile. In her caption, she wrote, “Getting out of [the] house, having lunch with my favorite date at Margaritaville, Myrtle Beach🌴😊.” As you can see, she clearly explained they went out for a meal. Of course, along came a critic asking about Jace not wearing a mask.

Actually, it’s quite a challenge these days to find a social media post without that happening. But, fans grow very annoyed by it. They don’t follow their favorite MTV stars for that. One Teen Mom 2 fan commented, “I’m so tired of seeing the mask police commenting on every posted pic! I don’t even think they fully read the captions before trying to jump down people’s throats! She plainly stated out to dinner! Do you eat while wearing a mask?😒 DOUBTFUL! Secondly NOT your child! NOT your concern.”

Certainly, it seems that Barbara comes over way more patient than her fans. She responded to the citric by saying, “we were eating don’t worry. We have plenty of masks. Man[d]atory in NC😷.” Naturally, fans all agreed that eating with a mask on is actually impossible. It seems that’s why they grow so irritated. To them, it looks like the “mask police” stalk people simply for an opportunity to criticize.

Getting out of house , having lunch with my favorite date at. Margaritaville, Myrtle Beach🌴😊

One Teen Mom 2 fan who lives in the area noted that they sat inside. There, they claimed, the restaurants don’t allow people inside without masks. What do you think about people getting criticized for eating out during the coronavirus? Do you agree that eating with a mask on might prove a bit tricky? Sound off in the comments below.