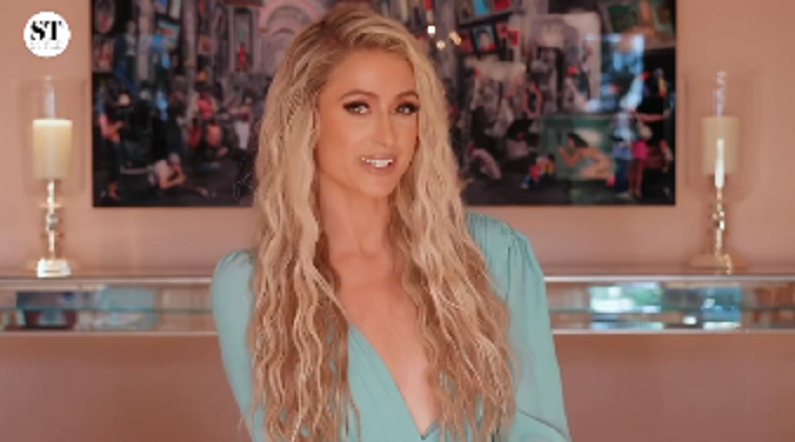 Paris Hilton is ready to have a child of her own. Her friendship with Kim Kardashian has “inspired” her. The heiress wants to freeze her eggs, so she can become a mom. But she’ll have to catch up with the KUWTK star, who has four children.

In an exclusive interview with Britain’s The Sunday Times, the 39-year-old talked about her decision to become a first-time mom. Her close friend and fellow reality star, Kim Kardashian, “inspired” her to take charge of her future. The two had an “amazing conversation” about motherhood, which encouraged Paris to have children of her own. Paris is currently dating tech entrepreneur Carter Reum.

Paris Hilton wants to have “control” over her own fertility

She doesn’t feel the rush to marry. However, she does want to become a mom. The DJ explained to The Sunday Times on how Kim Kardashian has “inspired” her to embrace motherhood. Paris revealed that she wants to have children, with or without a man in her life.

Their conversation encouraged her to freeze her own eggs. Kim went through the process of freezing her eggs before having her children, daughter North and son Saint.

“I had a really amazing conversation with Kim about it,” Paris explained. “She introduced me to her doctor, and I was so inspired by her actually to do it. I think every woman should do it because you can really control it and not have that ‘Oh my God, I need to get married.'”

Paris also plans to slow down her partying lifestyle in order to become a mom. That means no more DJ appearances in Ibiza. She also wants to travel less, so she can focus on starting a family of her own. In her new documentary This Is Paris, she revealed she wants a “mini-me” that she can dress up.

“I’m obsessed with dressing them up,” she continued. “I want… twins, because then you get [a girl and a boy] at once.”

However, that’s not always the case. Some people end up with twin girls or twin boys. Paris could find herself with a set of twin boys that she can’t treat like dolls. But that could be a good thing.

The Simple Life alum is not married. Paris Hilton has yet to be engaged to her boyfriend, who she’s been dating since November 2019. This comes on the heels of her failed engagement to actor Chris Zylka. The couple was very public about their relationship on social media. But their 11-month engagement abruptly came to an end in 2018.

Earlier this year, Paris called the split the “best decision” she’s ever made.

“It was the best decision I ever made in my life,” Paris told Cosmopolitan U.K., as per MSN Entertainment. “I just don’t think [he] was the right person and I feel like I’m an incredible woman and I deserve someone so amazing. It just didn’t feel right.”

One day you will kiss someone and know those are the lips you want to kiss forever. 💕😍😍💕

Paris said she wants her future fiance to be “perfect” before she settles down with him. She doesn’t want to give her life away to just anyone. In her recent interview, Paris said she would like an intimate wedding rather than a “Cinderella wedding” she used to envision for herself.

The socialite also shared the physical and mental abuse she endured as a teenager while at Provo Canyon School, a correctional institute for troubled children in Utah.