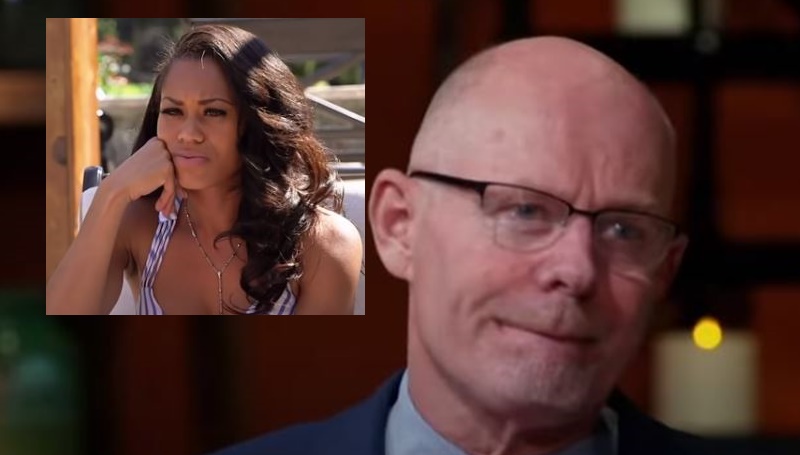 RHOP fans knew for a long time that Michael Darby’s probably no saint. But, they also think that Candiace Dillard should probably stay out of his marriage to Ashley. The two Real Housewives of Potomac stars recently made up their differences. But, what will Candiace do with the reveal that Micheal allegedly got spotted at a strip club?

Real Housewives of Potomac know that Micheal gets accused of a lot of things. By now, he should probably assume that nothing stays a secret with the Bravo cast. Recall, at one stage, accusations came that he groped a cameraman. Then when the reunion happened, another one arose that he tried something similar to Andy Cohen. Robyn Dixon gleefully told Ashley about that. And, Karen, Candiace, Monique, and Gizelle all confirmed it.

Well, Candiace always looks a bit smug when it comes to finding fault with Ashley’s husband. In the last episode RHOP, however, she and Ashley made some peace between them. Fans saw that they finally buried their old hatchet. But, how long will that last? Especially as the preview for next week revealed Candiace once again got involved in Ashley’s married life.

Michael in some mess every season! Every. Season! #RHOP

The preview for the next episode revealed that someone contacted Candiace with news about Michael allegedly going to a strip club. MSN noted that she immediately spoke to Gizelle Bryant. about it. She produced a photo of a guy who looks a lot like Michael. Apparently, he went here while Ashley and the other housewives went on a “getaway at Monique Samuels’ lake house.”

Naturally, Gizelle looked a bit shocked at the reveal by the RHOP star. Before you know it, probably all the other women of Real Housewives of Potomac also hear about it. After all, who can resist a juicy bit of bad news? In fact, the Bravo stars all seem to thrive on that sort of thing. Fans on Twitter responded to the preview, and they think Candiace should stay out of it.

Twitter users naturally talked about the strip club. One asked, “why did Gizelle gasp like that when Candiace showed Micheal in her phone?” Well, no doubt, in time, Ashley finds out, knowing Candiace. Another fan wrote, “Candiace needs to stay out of Ashley’s marriage. Ashley doesn’t care, so Candiace shouldn’t, either.”

But, it seems that Micheal doesn’t learn either. As one RHOP follower noted, “Gizele’s face when candace showed her it was Michael.. but seriously didnt he learn the first 5 seasons that people see everything?”