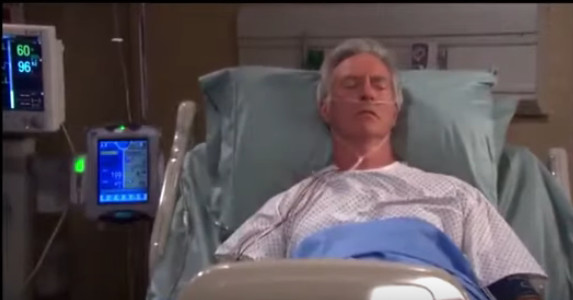 Relationships are tested this week on Days of Our Lives. As fans know, the Brady and Kiriakis clans are battling amongst themselves. Philip (Jay Kenneth Johnson) is back in town and is facing off with Xander (Paul Telfer.) Both want to be CEO of Titan.

As for the Bradys, they are fighting over custody of Allie’s (Lindsay Arnold) newborn baby. Allie originally wanted Rafe (Galen Gerig) to raise her son, but he turned her down after Sami intervened. Now Sami is heading to court and nothing will stand in her way, not even her twin brother!

What can fans expect from DOOL this week?

A few weeks ago, viewers found out it was Eve (Kassie DePaiva) who kidnapped Ben (Robert Scott Wilson.) He was set to marry Ciara (Victoria Konefal), but Eve had other plans. Dastardly plans!

Eve brainwashed Ben into wanting to kill Ciara. Though Ben thinks he can overcome his urges, Ciara isn’t so sure. And she may be right, as she winds up going missing this week! Did Ben do something to Ciara or is this more of Eve’s mind games?

Things Get Hot and Heavy for Two Former Couples on DOOL

Days of Our Lives is an expert at breaking up couples only to tease their reunion. Spoilers indicate that two couples get hot and heavy this week. But what does it mean for their future?

The first couple giving in to their passion is Gabi (Camila Banus) and Jake (Brandon Barash.) Gabi has been lusting after Jake for months, thinking he’s her dead husband. Even though she knows he isn’t, she still wants him.

As for Jake, he finally gives in to his feelings for Gabi this week.

Former couple Hope (Kristian Alfonso) and Rafe share a steamy kiss, too. But then Rafe and Gabi skip town for a while. So much for Rafe and Hope running off into the sunset together when Kristian leaves DOOL later this year.

Gabi and Rafe leave town on Friday, but don’t worry – they will be back! Contrary to original reports, we now know that both actors have signed on with the soap once production resumes next week.

John Fights for His Life, As Sami Fights Nicole in Court

Last week on DOOL, John (Drake Hogestyn) had a medical emergency during a tense confrontation with Sami. Marlena (Deidra Hall) sits vigil by his bedside, hoping he will recover.

Meanwhile, Sami finds herself in court against her twin brother Eric (Greg Vaughan.) She’s battling Eric and his new wife, Nicole (Arianne Zucker) over Allie’s baby. Spoilers say Sami’s shocking attack on Eric leaves her lawyer-less as Belle (Martha Madison) quits. Will Sami run her family in an effort to win in court?

Tune in to Days of Our Lives weekdays on NBC to watch the drama unfold. Be sure to follow us on social media for updates on your favorite shows.

See New Photos Of Lawson Bates Like You’ve Never Seen Him Before
‘Below Deck Med’: Is Lexi Wilson Engaged? Malia White Spills The Tea
Chrishell Stause Vacations In Paradise With Her New Man — Who Is It?
Todd Chrisley Reaching Out To His Hurt Child, Which One?
Wait, Was Anna Duggar Just Spotted For First Time After Josh’s Arrest?