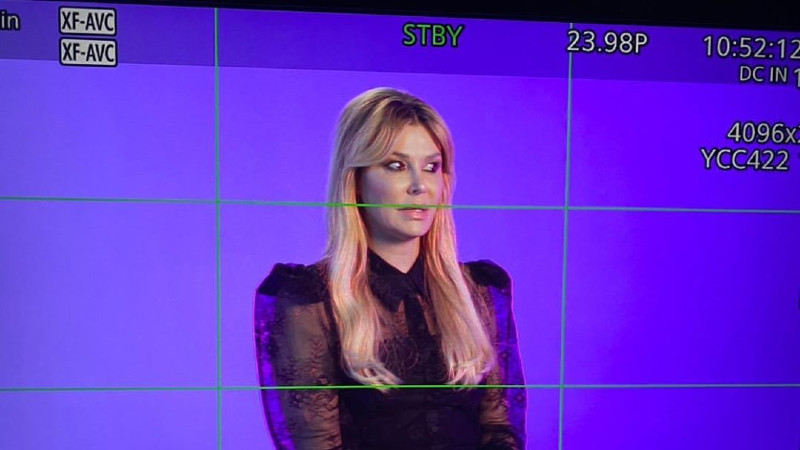 Will fans of The Real Housewives of Beverly Hills see more of Brandi Glanville next season? A revealing tweet was sent out from Brandi’s account. Supposedly. Many fans doubt that the tweet is real. What did the alleged tweet say?

There is a tweet going around social media that is supposedly from Brandi Glanville’s account. The tweet references the drama of Season 10 of the Bravo show. As fans know, Brandi left RHOBH after Season 5. She appeared as a guest-star in several of the seasons following her exit. It wasn’t her decision to leave, and fans accuse Brandi of doing anything to get back on the show.

Including making up affair allegations against Denise Richards. Or so fans think. Despite Brandi’s pleas for RHOBH fans to believe her, many think she’s lying to get her job back.

Season 10 has been mostly about Brandi’s allegations, whether she appears on-screen or not.

The tweet spreading like wildfire on social media alleges that Brandi will return full-time next season. The tweet says that Brandi “snatched a diamond.” This is a reference to the diamonds full-time cast members hold in the RHOBH opening.

Urban dictionary defines ‘Bis” as an acronym for ‘Best In Slot.” However, many fans point out that it doesn’t sound like something Brandi would type. And that’s just one reason why fans are doubting the tweet came from the RHOBH alum.

As Reality Blurb points out, fans are immediately skeptical of the supposed deleted tweet. Yes, it has Brandi’s Twitter handle, but that isn’t a date or timestamp. While fans think Brandi will do anything to get back on RHOBH, they don’t think the tweet is from her.

Brandi did tweet recently that she’s taking control of her Twitter account again. She revealed earlier this year that she was handing the reins over to a PR company.

The RHOBH star also let her Twitter followers know that she has “2 years” worth of text messages from Denise Richards that ‘prove’ the affair. But social media called shenanigans on the tweets viewers have seen so far.

On last week’s episode of RHOBH, Brandi passed her phone around to her co-stars. On the phone was “pages and pages” of texts between Brandi and Denise. Bravo producers shared a few close-up views of some of the tweets, but fans called the tweets out as fake.

Eagle-eyed fans noticed that the texts don’t line up with the background box. They also note that it is very easy to fake texts these days. In fact, some fans believe Kyle Richards, Lisa Rinna and Teddi Mellencamp are in cahoots with Brandi to make Denise look bad.

Do you think the latest tweet came from Brandi or did someone else fake it? Scroll down to our comment section and weigh in. Follow us on Twitter for all the latest TV news.

The Season 10 finale of The Real Housewives of Beverly Hills airs Wednesday, August 26 on Bravo.