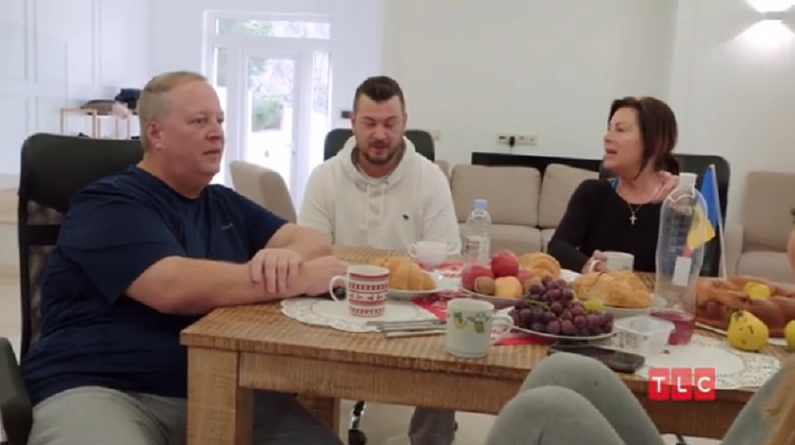 90 Day Fiance fans are not happy with Elizabeth Castravet’s family. They feel that they’ve been nothing but “disrespectful” to Andrei’s native Moldova. Andrei and Elizabeth’s families have come together for the couple’s second nuptials. Ever since Elizabeth’s family landed, they’ve bashed the Eastern European country.

Now, fans are calling them out for being “rude” and “disrespectful.” Some think they’re worse than the Family Chantel for their treatment of Andrei. While Elizabeth’s husband is a polarizing character, most have sided with him this season. They’re tired of seeing the way that Elizabeth’s family treats him and his homeland.

Elizabeth and Andrei had their second wedding in Moldova. The couple went forward with their decision, so Andrei’s family could attend. The 90 Day Fiance couple first got married in the U.S., which Elizabeth’s family witnessed, much to their chagrin. Elizabeth’s family joined the festivities.

Ever since they stepped foot on Moldovan soil, they’ve been nothing but critical about the country. Elizabeth’s sisters called the traditional country the “scariest place on Earth.” In addition, Elizabeth’s father, Chuck Pothast, and her brother, Charlie, complained about the climate and infrastructure.

However, most Eastern European countries are colder and gloomier than most states in the U.S. On Sunday night’s episode, Elizabeth’s sister, Jen, arrived with her mom, Pam. She exclaimed how depressing the country looks. It wasn’t the European destination that she expected.

In a later scene, Jen also complained about some of the food she tried. Some of Elizabeth’s family members talked about Moldovan cuisine, which includes pork fat. Jen revealed that she’ll probably lose weight since she doesn’t like the food there. However, 90 Day Fiance fans noticed she sat next to a table filled with croissants and fruit. It looked like quite the bountiful feast.

But Jen wanted bacon and eggs.

“I feel like I’m gonna lose weight while I’m here, because this food,” she says as she points to a tray of delicious grapes, “Like I can’t eat any of it.”

Chuck and Charlie talked about the dinners they had with Andrei’s family. Chuck went as far as to call the delicacy “peasant food.” Elizabeth’s family wondered where the closest Cracker Barrel or McDonald’s was.

Elizabeth has respect for Andrei’s family and his home country. While she still hasn’t learned Romanian, she tries to communicate with his family. She also respects the culture since she agreed to a Moldovan wedding.

Unfortunately, her family doesn’t feel the same way. They’ve complained ever since they landed. And 90 Day Fiance fans have slammed them for their “disrespectful” behavior. Most of them took to Twitter and Reddit to criticize the family. Here are just some of the comments on an infamous Reddit thread:

The drama is just getting started. Elizabeth’s family will continue to mock Moldova and its culture.

Andrei's Mom spent HOURS cooking gorgeous, expensive feasts for Libby's family, and they have the audacity to call the food "disgusting", "shit", "peasant food", "stale" & "trash"?? How fucking DARE they.

How awful is this family that you actually WANT to side with Andrei….Jesus, Libby’s family needs to just go away 🤐🤐🤐 #90DayFiance pic.twitter.com/DN12rm2Vld

Andrei’s parents are nothing but kind and welcoming all while Libby’s family is calling them peasants from the projects #90DayFianceHappilyEverAfter #90dayfiance pic.twitter.com/FdgDKhAZXW

Peasant food?? I’m so tired of Libby’s family being uppity. I see fruits and bread on the table, shut the hell up and eat. And respect other people’s culture.#90DayFiance #90DayFianceHappilyEverAfter pic.twitter.com/GxFSfIG6j3