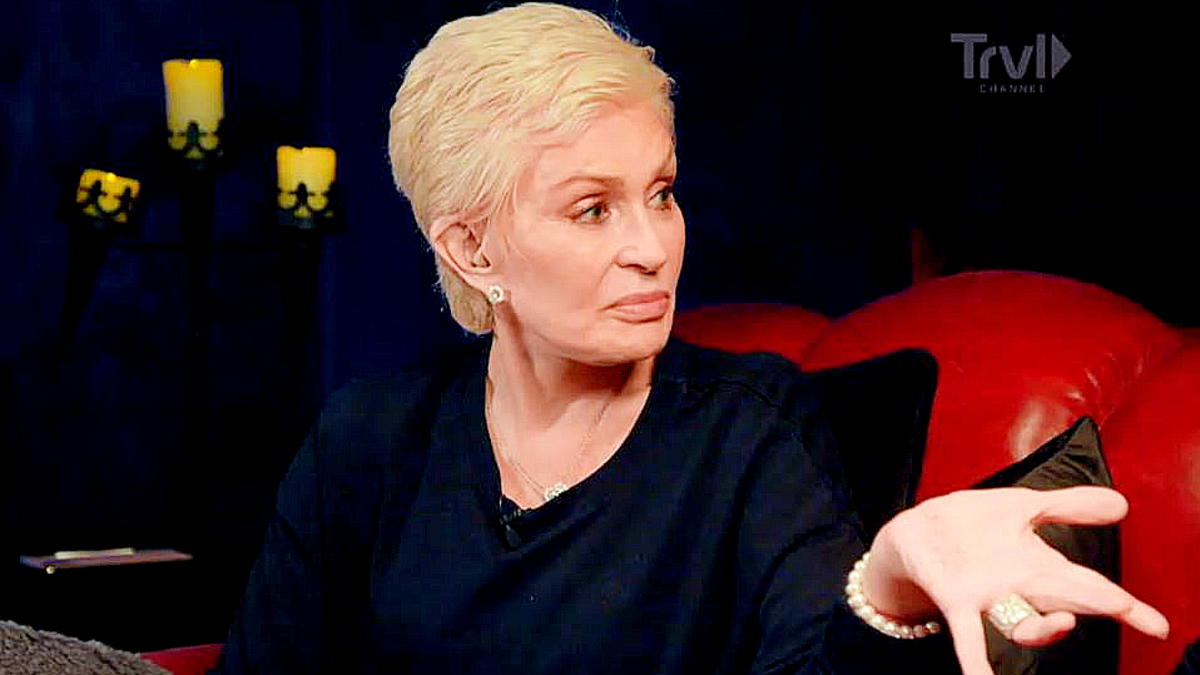 Travel Channel’s The Osbournes Want to Believe is a no miss for  tonight, Sunday. Especially if you believe in a vibrant after-life.

Our TV Shows Ace exclusive clip features everyone’s favorite mum, Sharon, retelling her tale of her true out-of-body experience to Ozzy and Jack. She details her vivid memories as Ozzy and Jack ask her questions.

In The Osbournes Want To Believe, the three are brought back together again as they review freaky footage with fun and oftentimes hilarious commentary.

In the clip below, Sharon stuns Jack when she reveals she has had not only one but multiple out of body experiences.

On tonight’s episode, The Osbournes watch some undeniably compelling videos of UFOs, giant cryptids and inexplicable imagery of ghosts that turn up the freaky on Jack’s Woogie Boogie Scale.

Also, Ozzy is convinced that his and Sharon’s house is indeed, haunted.  Is the Prince of Darkness becoming a believer?

What happens On The Osbournes Want To Believe?

Explaining her own experience, Sharon says to Ozzy and Jack: “I saw this film once… okay… and it was about ghosts, and it was about how some people like when they’re being operated and you start to lose them and then they would be like waiting in the waiting room and then they would be like, going back and forward back and forward…”

Ozzy is hanging on every word and interrupts and says: “People say they get this incredible warmth from this light…”

Sharon continues and says:  “I did, I got warm, warm, warm… when I had to have that blood transfusion and I was like, going. and you get this calm…”

Pressing on, Jack asks her: “Did you see the light?”

Sharon says that she did not see the light.

Jack asks: “You’ve had like a legit near-death experience… but wait a second, you’ve had an outer body experience?”

Explaining her own experience, Sharon talks about her two times she courted death, coming back from the brink.

She says: “I have twice I’ve looked down on myself, once when I was in hospital and then once at home as a kid. I had pneumonia and pleurisy at the same time, and I was literally looking down on myself.”

Wanting more details, Jack asks: “So once when you blood transfusion… you had an outer body experience there.”

Sharon explains she observed the doctors all “going nuts.”

Then he gets pointed and asks his mother: “So how can you say that you think when you die, nothing happens?

Sharon’s response is interesting. Then Ozzy cracks a joke and says his out-of-body experiences were all “chemically induced.”

Jack responds saying that “kind of counts, but not really.”

Watch tonight to see the odd and unexplained get the Osbourne treatment:

The Osbournes Want To Believe episode “Back on Earth”airs Sunday, August 23 at 10 p.m. ET/PT