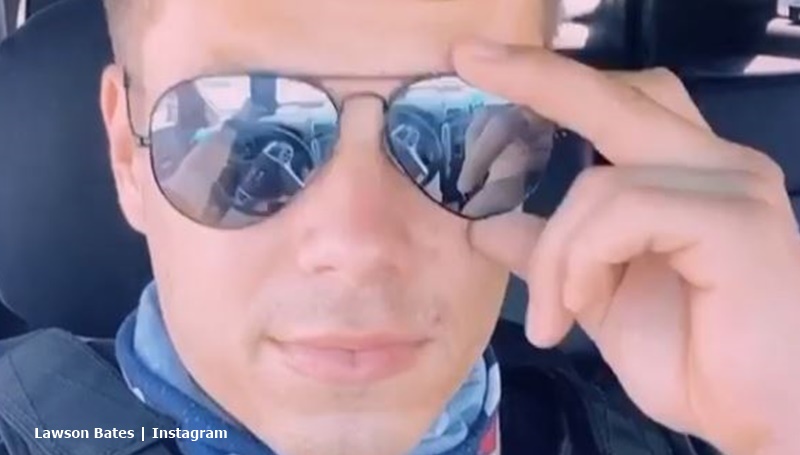 Lawson Bates recently got a bit flirty with Jana Duggar on her Instagram. Fans speculate that they might be dating. But, now he got spotted with another woman. So, fans wonder who she is and if they are dating.

We reported earlier in August, that Lawson got a bit flirty with Jana Duggar. It came on an Instagram photo that she shared. It showed her holding a sign that read, “Please form single line.'” Fans grew a bit suspicious as the Bringing Up Bates star responded saying, ” Post objective / instruction unclear: pls explain further 🤣 💭 🖤.”‘

Actually, rumors about Lawson Bates dating Jana Dugger did the rounds for a while now. But, with no official confirmation, it just remains a rumor. Meanwhile, other rumors emerged that he might date Heather Martin from  ABC’s The Bachelor. InTouch Weekly reported that she and her sister caught up with Lawson in Nashville on his birthday.

The Facebook post that showed Lawson with another woman, revealed them driving in the truck, Then, in the second photo, they sat by a pond. Lawson held a fishing pole. Bringing Up Bates fans notice immediately that the woman with him isn’t Jana Duggar from TLC’s Counting On. Some fans suggested that the photos showed Heather Martin.

One Lawson Bates fan wrote, “I think it’s the one girl from Colton’s season of the Bachelor that was never kissed before. She was also in one of his Live video chats before the show a few weeks back.” But, others think it might actually be Emily Ann Raynes who’s often seen at Bates’ family events. Like Lawson, she’s also into music.

Other fans noted that the photos came for a new video that could be released soon. A fan wrote, “The pen and paper and

emojis lead me to believe it’s a song/video release. Can’t wait to hear it!.” Plenty of other fans agreed with that. They noticed a date on the caption that read, “09 • 03 • 20.” So, it could relate to a music video that arrives in September. 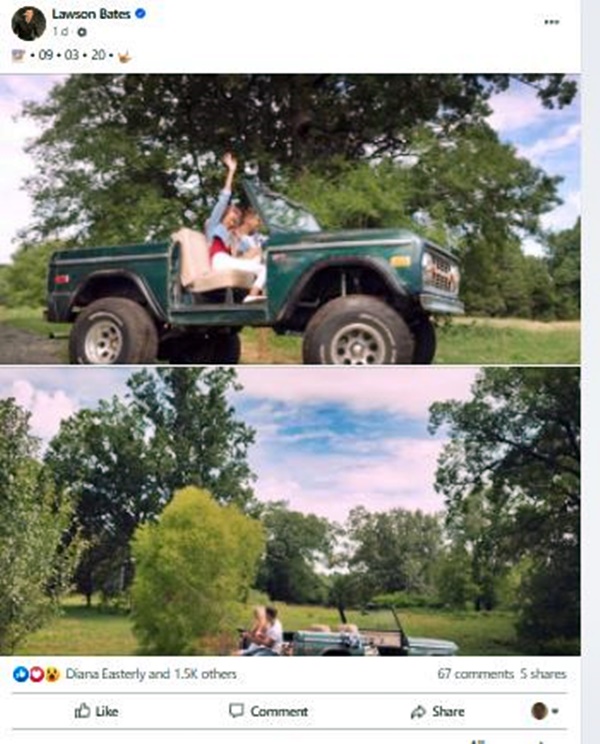 Furthermore, lots of fans still believe that Lawson might actually officially date Jana, anyway. One feels very certain that Lawson Bates and Jana date, They wrote that they read that “Lawson is in a secret courtship with Jana Duggar.” And, they may not announce it in case it impacts on his “music” sales. Apparently, they hang out with “chaperones.”

What do you think? Could it be Heather from The Bachelor? Or, is it Emily Ann Raynes? Could the photos relate to a new music video? Is Lawson really dating Jana Duggar? Sound off your thoughts in the comments below.