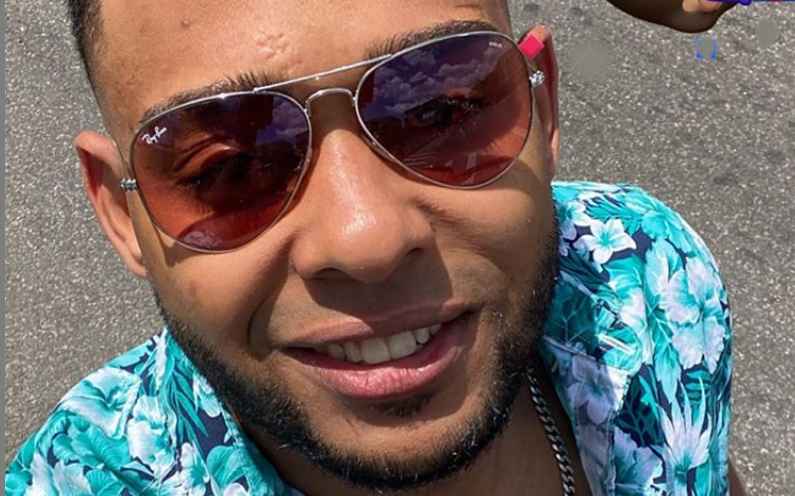 Luis Mendez, 90 Day Fiance alum and former husband of Molly Hopkins, has a problem. He confirms in a recent statement that he is to be deported to the Dominican Republic next month. While Luis doesn’t state the reason, it is possible that he is lacking the coveted green card.

On September 19, 2018. Luis Mendez remarried, five months after his divorce from Molly Hopkins. At that time, Luis confirmed that he loves “this girl so much.” While Mendez doesn’t reveal his new wife’s identity, he did say she always puts a smile on his face. He gushed, saying “The most amazing part was meeting her because she changed all life to happiness.” Moreover, Mendez says his new bride is an “amazing” woman.

Luis tells In Touch at that time that he has had no contact with Molly since their split. All he wants to do is to move on and be “happy” in his life after their divorce.

Luis may have been happy to get married, but it looks like his new wife doesn’t have U.S. citizenship. This would mean she is ineligible to sponsor Luis’s permanent immigration status. However, despite his problems, Mendez keeps posting images of himself with his friends and family. It looks like the 90 Day Fiance alum is having fun spending quality time with those he loves.

The best time in the world is being with family

While Mendez looks set to be sent back home, Molly is working towards finding happiness following their divorce. In an appearance on 90 Day Fiance: What Now? back in May 2019, Molly reveals she has lost 40 pounds. She was also embracing her new status at that time.

Molly says she doesn’t really think about her time with Luis. However, she did add she would be lying to say the divorce wasn’t emotional for her. Hopkins shared in her confessional that she had been “committed to the love” and to the relationship. However, despite the hard times, Molly has never felt more liberated with her freedom, saying she “can bend, but not break.”

Molly also featured this year in the TLC spinoff, 90 Day Fiance, Self Quarantined. On the show, she reveals how her family is coping in the coronavirus pandemic. Molly also shares thoughts about Luis. Her theory is that Mendez was only using her to get a green card. She is “pretty confident” Luis’s new wife was from the Dominican Republic and was living in the U.S. prior to their marriage. Looking back this must have been pretty tough on Molly.

Hopkins believes their wedding was likely an arrangement. Luis was hoping to get the coveted green card, divorce Molly and go on to marry his true love. Now Mendez is heading towards deportation, it looks like his plans didn’t work out.