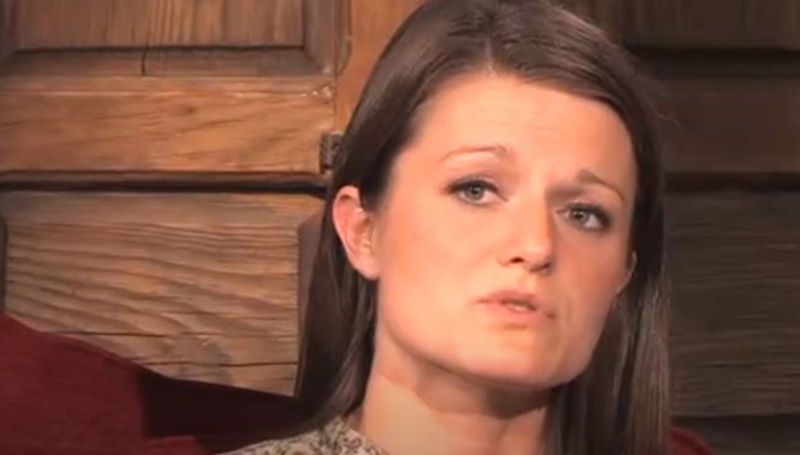 Sister Wives star Robyn Brown became part of Kody’s family in 2010. Their two kids, Ariella and Solomon enjoy a happy home with plenty of “moms.” But, the same couldn’t always be said for Robyn’s other three kids. She and her ex, David Jessop birthed three kids who Kody adopted. Robyn alleged he was abusive toward them. In fact, he ended up arrested on charges of assault in 2018.

Sister Wives – Robyn claimed her ex, David Jessop was a bully and abusive

Breanna, Aurora, and Dayton never see their biological dad these days. And, given the circumstances, it’s not surprising. The Hollywood Gossip cited Robyn as saying, “He doesn’t [see the kids] out of choice.” Robyn added on Twitter, “I am not making them choose. I can’t control whether my ex chooses to take his time with them.”

And, that might be a relief to the kids, because Robyn also once alleged that he “bullied” them. In 2011, the outlet notes that Robyn elaborated by saying, “Just to clarify, I do not tolerate my kids getting bullied. I ended my first marriage because of abuse. My kids come first ALWAYS,” Clearly, the Sister Wives star got out the relationship before things got worse.

Robyn’s ex charged with assault in 2018

Radar Online reported that David Jessop ended up arrested and charged with family member assault a couple of years back. It came after Robyn left him. He pleaded not guilty. In the end, he paid fines for “disorderly conduct.” Fans of the TLC show recall that Kody married Robyn years after she joined the family. He persuaded Meri Brown to give him a divorce so he could adopt Robyn’s three kids.

These days, the three older kids see Kody as their father. While many people criticize the Sister Wives family, at least they live in a safe environment these days. Dayton now attends Northern Arizona University (NAU). Fans don’t see much of Aurora and Brianna Brown. But, two seasons ago, they know the two girls hated the idea of moving to Flagstaff.

While Meri, Janelle, and Christine Brown seem very active on social media, fans almost never hear from Robyn. She pops up during the season but then retreats into privacy. In some ways, fans think that she presents an insecure persona. Perhaps that comes from her background. After all, the scars from an abusive relationship can remain for a lifetime.

Vivanmcgrath.com noted that “Healing is a journey. Years of trauma are not something you get over overnight.” Plus, leaving an abusive relationship is one of the toughest things.” One big problem seems to revolve around the fact that those women in an abusive relationship feel trapped. Deprived of contact with family and friends, many of them suffer in silence. Now, Robyn and her kids seemingly find a huge support group in the Sister Wives family.