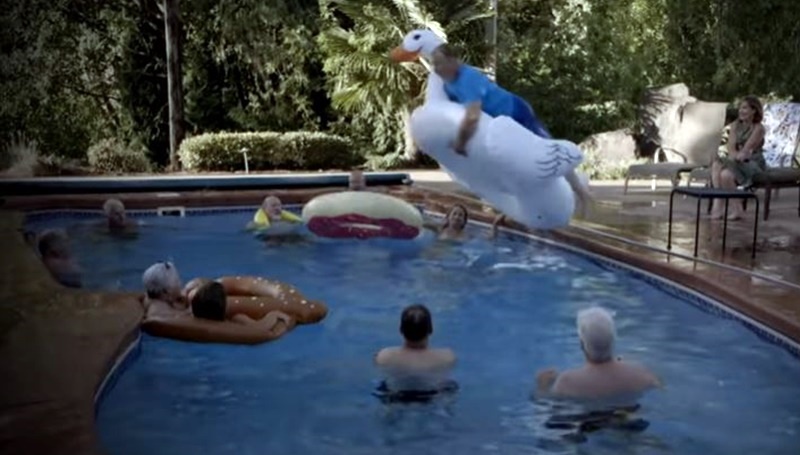 Little People, Big World fans that Amy Roloff moved off the farm and into town. Now engaged to Chris Marek, she starts life anew. In the upcoming season, fans see her making her final move. Now that she left, Matt turned his attention to some repairs around her old home. The LPBW star brought in workers to carry out some major repairs to the swimming pool.

We reported that in the new season this year, fans see Amy and Matt finally concluding their various negotiations. Although Matt and Amy, went through their divorce in 2016, sorting out issues regarding land ownership carry right through to the next season. Fans will see that finally, they settle everything between them in terms of the ownership. And, Amy departs to her new home in town and a new life with Chris Marek.

The Little People, Big World season airs after real-life events. Since Amy left, Matt Roloff started fixing up and doing some repairs to the property where she lived. It seems like the pool got a bit neglected during all the preparations for the move. The LPBW patriarch revealed on Friday, that he brought in some special workers to carry out some major repairs on the swimming pool. Fans might recall in earlier days, the pool often featured as a centerpiece for various gatherings on the farm.

The Sun reported that Matt “documented how his pool went from dirty and green to repaired and sparkling blue.” Matt took to his Instagram and shared some before during and after photos of the swimming pool. In his caption, he noted that not many people hung out at the pool “this summer.” So he went across and checked it out. And, it turned out that the pool needed a lot more than just some chemicals to fix it. The swamp-like green water really looked unattractive.

In fact, fans know that Matt Roloff loves nothing more than a project to work on. But, it seems the state of the pool required someone with some real know-how to complete the repairs. So, he called in people to repair a big crack. Matt also noted that the pool “had not been cleaned in a few years.”  The LPBW star noted that the repair job was more than just a quick fix. He said that a “small army” of people came in. They cut a big piece of the fiberglass out. Then, they completely laid “new fiberglass along a 4ft stretch.”

Still some time left to enjoy the beautiful swimming pool

Matt said that the repairs come along “just in time to enjoy the last bits of Summer.” No doubt, a certain little someone named Jackson will help his Grandad test out the lovely clean water. One fan commented, “your little grandson would love it with a life jacket on … it’s a beautiful pool.” Another fan wrote, “Those grands are going to love the changes!”

The pool at the farm hadn’t been getting any use this Summer… I started investigating why?? .. turns out it had a big crack and was leaking down about 2 ft… and it had not been cleaned in a few years… I called the guys that fix cracks in pools and 2 weeks later… presto! … actually.. it wasn’t presto. It was a bunch of hard work by a small army of people. They had to cut a large piece of the fiberglass out and completely lay new fiberglass along a 4 ft stretch…Just in time to enjoy the last bits of Summer :))

Another person noted that matter how hard people try, pools like the LPBW patriarch owns actually constantly stretch the budget in maintenance costs.

Little People, Big World will return to TLC sometime in 2020 or 2021. Check back with us for updates.