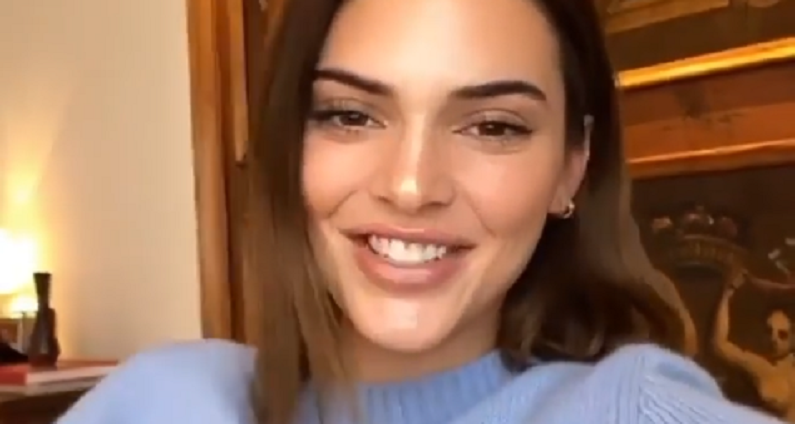 The Kendall Jenner and Devin Booker romance rumors continue to swirl. The couple was spotted on the beach in Malibu. And, they looked very cozy together. Devin was seen laying on top of Kendall, who was soaking up the sun.

This is just the latest in a series of sightings in recent weeks. But, this is the first time that the duo looks more like a romantic couple. The model and NBA star have been linked ever since they were first spotted together several months ago. Kendall coyly confirmed their relationship in the latest candid photos, even if they’re not serious.

Kendall Jenner and Devin Booker get cozy in Malibu

As per Daily Star, Kendall Jenner and Devin Booker looked more than friends. The model and the athlete went on a beach trip. The photos at the source showed Devin’s head placed on Kendall’s chest. She wore a pink string bikini while he rocked black swim trunks.

While they look serious, an insider told Page Six that Kendall is only “having fun” with Devin. Meanwhile, other insiders claim that the Phoenix Suns player is “falling for her,” which could further complicate things. The two have also been heavily flirting on social media. They’re spending more time together since Devin left the NBA bubble in Florida shortly after his team was kicked out of the competition.

“Kendall is having fun with Devin and seeing where it goes but she’s not seeing anyone else and neither is he,” an insider previously told Hollywood Life. “Before he left for the NBA bubble he was part of her bubble and then the whole time he was away they kept in touch and now that he’s back they’re spending a lot of time together again.”

It appears that Kendall may have a change of heart. She could find herself in a place to open her heart up to Devin. Since she has free time in her schedule, she wants to make it work.

“It’s working for now but part of the reason for that is she’s actually got the time to put into it,” the insider continued. “Usually her life is so busy she doesn’t really have time to give to anyone else but the pandemic has made her slow way down.”

The insider claims that Devin is the reason for Kendall’s newfound happiness.

Kendall Jenner has been sharing photos from her endless vacations. According to The Blast, she previously traveled to Turks & Caicos to help celebrate her sister Kylie Jenner’s 23rd birthday. But one of her photos left a bad taste in her followers’ mouths.

She captioned “rum punch with my name on it.” The photo shows Kendall horse-back riding and lying on the beach. She also shared a photo of herself bending over in a boat and showing off her bum in a thong bikini.

rum punch with my name on it

Followers took to the post to exclaim their distaste in the photo.

“What a distasteful pic,” wrote one user, whose comment received 270 likes. Others found the photo “classless.”

Kendall and Kylie made headlines for ignoring CDC guidelines and traveling despite the restrictions and limitations. Some would say that the KUWTK star is risking her health in order to spend more time with her rumored beau.