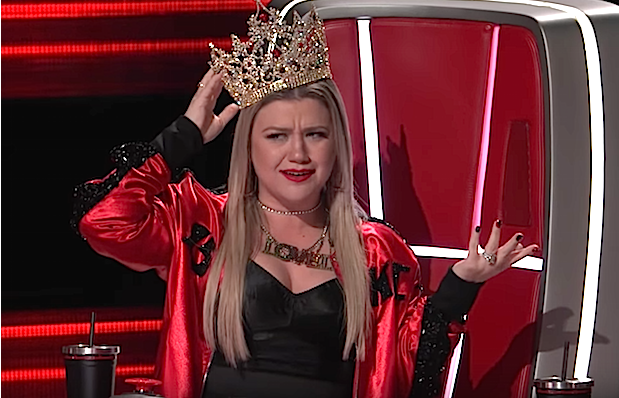 Kelly Clarkson was recently called the ‘Second Best’ coach to ever have competed on The Voice by a fan on Twitter. She says she calls ‘BS’ on that ranking. Find out more about how this situation unfolded below. 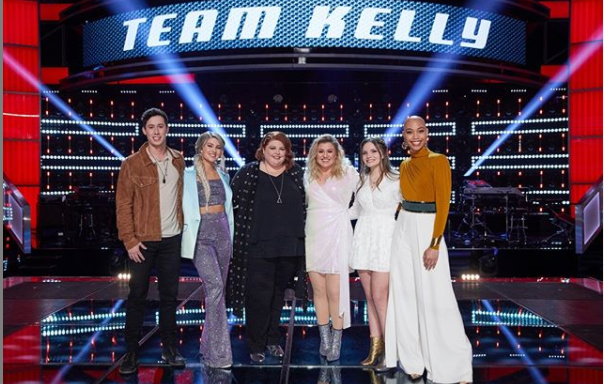 Twitter Profile, @GoldDerby released a tweet on Thursday that ranked all judges from The Voice based on its own opinions and grading criteria. The @GoldDerby  profile is an extension of the Gold Derby website – which is a place where entertainment fans can congregate online to vote and predict who will win various awards or succeed in certain career milestones.

The site says that their ranking is based off “their victories” but is also weighted by “their ability to choose artists”  and the type of direction, advice, and help they provided their competitors. Kelly fans across the web took to the comments of the post, tagging Kelly Clarkson and her various associated profiles to let her know that she was still #1 with them.

Kelly has been a judge on The Voice every season since Season 14 back in 2018. Despite only being on the show for its last four seasons, Kelly has won 3/4 of those seasons. So, when she is ranked #2, losing to the infamous Blake Shelton, she decided to poke a little fun.

On Thursday, Kelly retweeted @GoldDerby’s original post, saying “I call BS.. see what I did there” followed by several lighthearted emojis. The ‘BS’ was a light, fun way of saying that she disagreed while also taking a little poke at long-time friend and co-judge Blake Shelton.

The Tweet has since received more than 1.5 thousand likes and has been retweeted dozens of times. Fans again raced to Kelly’s post to send their support. They continued to reassure the diva that not even ole ‘BS’ could get between Clarkson and her fans.

“Geez some people don’t have a clue. Just their opinion. You are phenomenal Kelly Clarkson in everything you do! May God continue to bless you. Your light shines” wrote one fan.

Another user chimed in with “I’m naming you the most versatile coach. Somehow I can’t see @blakeshelton covering Eminem”

Competitive but not Enemies

Fans of the show LOVE to watch Kelly and Blake bicker with one another but the celebs say it’s all in good fun. Both parties have said publicly numerous times that they are competitive but there’s a lot of love between them. The two musicians have been friends for years. Blake even gives himself credit for Kelly marrying Brandon Blackstock, despite the fact that the pair has since separated. Kelly’s ex has been Shelton’s manager for years. He even told Huff Post once upon a time that he was constantly at work to drive the two of them together. In an interview back in 2012 he told the publication that he told Blackstock, “Man, you need to grow up and you figure out that you need to marry this girl.”

So, while the two love to embarrass and pick at each other during the competition – they remain good friends.  Regardless, Kelly points out regularly that her stats should make her the current leader. Considering she dominated 3 out of her 4 seasons on the show, giving her a better overall percentage than Shelton. Blake, in comparison, has only won 7/18 seasons which puts him at an approximate 40% victory rate to Kelly’s 75%.

Sorry, Blake – Even in Country, you gotta go by the math.

Are you a super fan of The Voice? Who is your favorite judge? Tell us in the comments – and come back to TV Show’s Ace for all the latest on all of your favorite reality television stars and shows!

‘The Young and the Restless’ Spoilers May 10-14: Lives At A Crossroads
‘OutDaughtered’ Adam & Danielle Busby Celebrate A Major Anniversary
Carmela Raber Clears The Air About Jeremiah’s Drug Use
The Johnstons Celebrate Very Special Milestone For Anna
‘Loki’ Gets A New Premiere Date & Day On Disney Plus