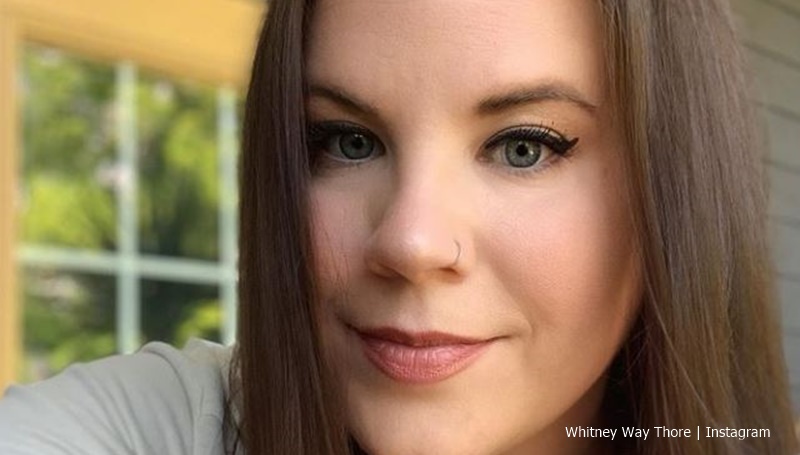 Whitney Way Thore revealed that she got her eyeliners tattooed on. It means she wakes up any time of the night and looks good. But now, she just revealed something even more surprising about her makeup.

Whitney Way Thore originally talked about makeup after an earthquake

On August 10, we reported that Whitney Way Thore described how her animals reacted when the North Carolina earthquake hit. She shared about her experience while lying in bed. Some fans wondered how come her eyeliner looked so perfect, considering she just woke up. At the time, she revealed her secret lies in the fact that she got her eyeliners tattooed on. Although not permanent, they last for months at a time. Many fans love the idea and possibly they go off and get the same time-saving convenience done for themselves.

On Thursday night, the My Big Fat Fabulous Life star took to Instagram again. Whitney Way Thore shared a photo of herself looking immaculately made-up. MBFFL fans begged her for a tutorial on makeup. These days, considering the emotional split from Chase Severino, fans think that Whitney looks fantastic. Actually, she also seems much slimmer these days. But, the TLC star sounds a bit hesitant about a makeup tutorial.

No makeup tutorials from Whitney and she reveals why

Whitney captioned her photo with, “My hair is dry underneath this towel, but I did NOT spend this long on my makeup to ruin it with gross hair 😂.” Plenty of people agreed with her that she came up with a good idea. But, My Big fat Fabulous Life fans also asked her for makeup tutorials. Others simply expressed that they feel amazed at how good Whitney looks these days. In fact, the word “gorgeous” arrived in the comments section many times.

More than one MBFFL fan asked Whitney Way Thore for makeup tutorials as her face looks perfectly made-up. But Whitney refused in a nice way. Actually, she claims that makeup skills elude her. In one reply, she said, “I promise I have no idea what I’m doing.” Later, she claimed that she only knows basic stuff.  That surprised some fans so much, that one told her she “keeps…secrets”

More about Whitney in the new season

While fans get no makeup tutorial from Whitney, at least they look forward to a new season from TLC. We reported that it premieres on TLC on November 10 at 9 p.m ET/PT. Expect that the show starts with Chase revealing the bad news he expects a baby. Then, Buddy moves in with her to offer some support. And, some small cracks may arise with her business partner Ryan, who remains friendly with Chase.

Are you surprised that Whitney Way Thore claims she knows nothing about makeup? After all, she looks immaculate in her photo. Sound off in the comments below.