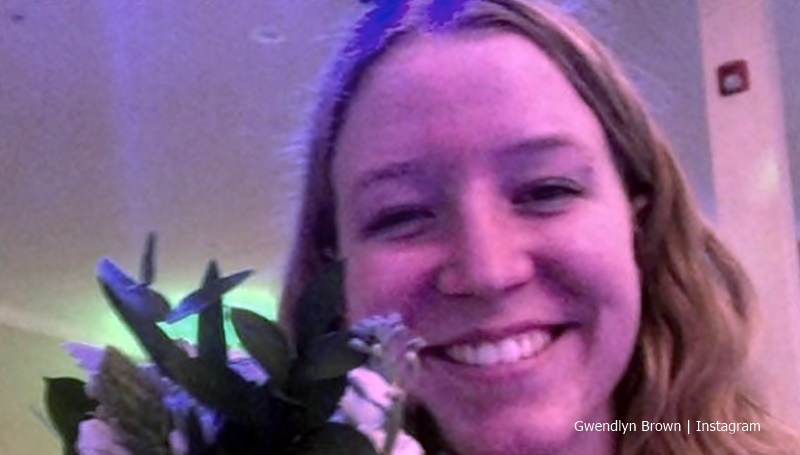 Sister Wives stars seem very careful not to break their TLC NDAs. But Gwendlyn Brown came to the rescue in June last year and dropped a hint about a new season. Now, she revealed something everyone wants to know about the Flagstaff property.

Sister Wives – Gwendlyn reveals what goes on with the Flagstaff property

Fans followed the whole story of how the Brown family relocated to Flagstaff. They saw the family bickering over whether they would live in one big mansion at Coyote Pass. Seemingly, that never happened. In the last season of the TLC show, fans saw that Meri moved home several times. So did Robyn.

The news came that Robyn and Kody splashed out on a massive home. Christine also moved into a very nice place, close to, but not actually on the large property at Coyote Pass. On social media, Sister Wives fans ask the same question on almost every post that the various wives put up. They really really want to know if they moved onto the new property yet. But until now, nobody replied. Luckily Christine Brown’s daughter Gwendlyn seems a little freer with information.

We reported in July last year, that fans asked Gwendlyn about the TLC show. She said that she couldn’t say much because of NDAs. But then, she promptly wrote, “here’s a hint: Yes.” That came when a fan asked her if a new season came along. (That referred to the season that just ended.) Considering all the secrecy by her mom and the other wives, that came as a surprise revelation.

Now, Gwendlyn dished more news that nobody else in the Sister Wives family talks about. On Thursday, August 21. she posted a series of photos about what the family gets up to during quarantine. She said that they “[went] to the lake a ton and on a few hiking adventures recently.” She also said that they “spend time in our backyard, especially when it rains. And we watch a movie or an episode every night after our walk.”

Sister Wives family not living on the new property yet

Someone asked about the new homes on the new Coyote Pass property. Well if you wonder if they moved there yet, the answer’s “no.” Gwendlyn replied saying, ” no we won’t be for a while.” In another  answer, she reiterated they don’t live there yet, with a simple, “nope.”  She also explained that the lake she talked about is near to where her mom lives at the moment. But, it’s not the one on the property they bought. 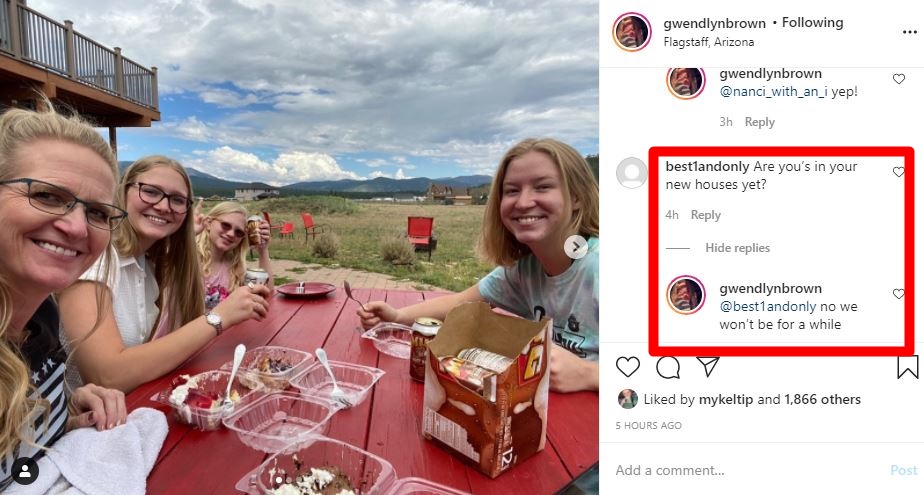 The Sister Wives’ daughter reminded fans that the one on their land’s more like a “muddy pond.” However, one thing that Gwendlyn avoided talking about, was whether Kody finally got his way and started construction on that massive mansion he wanted.