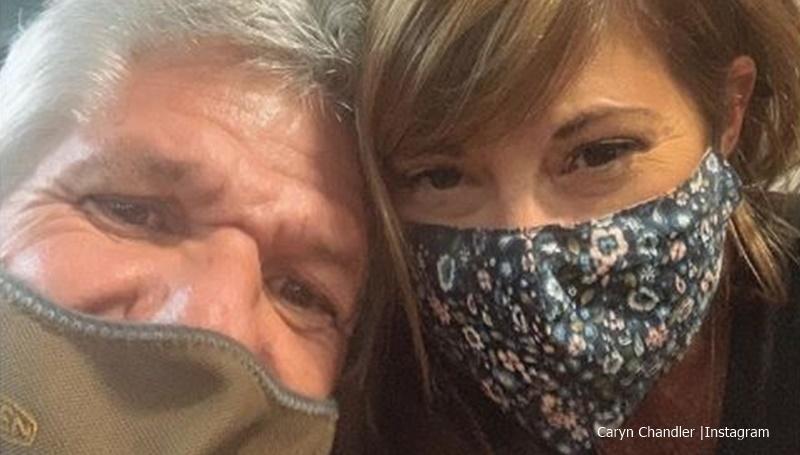 LPBW fans know that Matt Roloff and his girlfriend Caryn spend time in both Arizona and Oregon. Actually, sometimes it becomes hard to keep track of them. Whichever way they traveled this week, they ended up stranded at Phoenix Airport. Caryn said they experienced their first-ever Arizona monsoon.

LPBW – Caryn and Matt amazed by monsoon in Arizona

Little People, Big World on TLC attracts and from all over the world. Some countries air seasons long after the USA. But potentially, millions of fans across the world watch the TLC show. Many people might feel some surprise that Caryn describes the weather in Arizona as experiencing a “monsoon.” Most people outside of the USA associate the word with Asia and the Indian areas.

A monsoon is an annual event that lasts for months on end. Often, it brings non-stop torrential rain and flooding. National Geographic describes them as causing “wet and dry seasons throughout much of the tropics.” But, they also happen in the USA, although slightly different in nature. LiveScience explains that the USA monsoon season involves “stormy weather that begins in Mexico.” Often, impressive thunderstorms accompany the rain. And, Matt and Caryn from LPBW seem amazed by it.

Caryn captioned her photo of herself with Matt with, “Flight diverted & stuck at the airport. ✈️ … but watching our first AZ Monsoon out the windows ! 🌵⛈⚡️💨.” Plenty of fans in Arizona chatted with Caryn about the event. One of them said, “We got hit pretty good in Surprise. Safe travels. Probably going to be a little bumpy.” Sounding a  bit nervous, Caryn replied, saying, “🥺. That’s what I’m afraid of. #luvSurprise🌵.”

Other people talked about amazing lightning all around their area. And, the LPBW star replied and said that they also experienced plenty of lightning as well. One funny quip came from Caryn when a  generous fan offered them accommodation in Phoenix. They said, “We have an extra room plus some triplets😂🤷‍♀️. Caryn came back with, ” keeping your info handy! Wait … triplets how fun 🥳.”

Flight diverted & stuck at the airport. ✈️ … but watching our first AZ Monsoon out the windows !  🌵⛈⚡️💨

With so much bad weather around, many fans hope that Caryn and Matt complete their journey safely. Hopefully, they get out of there and continue their journey soon. ABC15 reported on Friday morning, “Showers and thunderstorms slammed the Valley Thursday night bringing damaging winds, blowing dust, heavy rain and dangerous lightning.” They also noted that “as of 10 p.m., Phoenix Sky Harbor…picked up 0.90 inches of rain. That’s almost a month’s worth of rain in one night!”

Moreover, they predict that dry air might only arrive in the Phoenix area next week. But, on the Sky Harbor International Airport website, it looks like planes now depart and arrive on time. So, Matt and Caryn from LPBW might safely be on their way by now.