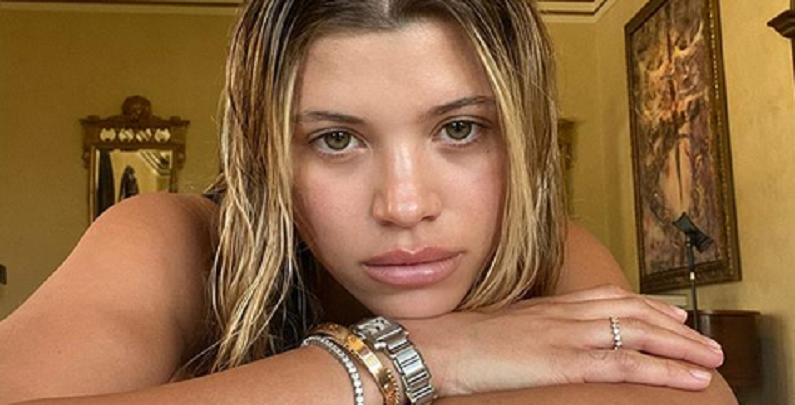 Sofia Richie and Scott Disick just split once again. The on-and-off couple couldn’t make things work this time around. This comes amid their previous split back in May. Scott and Sofia got back together after they were spotted together in Malibu on the Fourth of July.

So, how does the young model feel? Reports surfaced that she’s not happy with Scott’s public flirting with his ex-girlfriend Kourtney Kardashian on social media. Scott and Kourtney have also been vacationing together with their three children on several occasions.

Meanwhile, Sofia revealed that she’s been having trouble sleeping lately. She’s been looking to her followers for help.

On Thursday, August 20, Sofia Richie revealed that she couldn’t sleep amid her hot-and-cold relationship with Scott Disick. The couple just split again for a second time, as per Life & Style. Sofia took to Instagram Stories to ask her followers for “movie suggestions” in the early morning hours. It appears that she needed a movie to help her fall back asleep or get things off her mind.

“Can’t sleep. Any good movie suggestions …?” the 21-year-old wrote on her Instagram Stories.

She’s furious at Scott for flirting with his famous ex

Sofia Richie is reportedly mad at Scott Disick for publicly flirting with his former girlfriend, Kourtney Kardashian. As per Mirror, the couple decided to end their relationship since he chooses to flirt with his ex-girlfriend. Sofia isn’t happy because his flirting is so “public,” that it’s all over Instagram.

“It bothers Sofia to see Scott flirt with Kourtney on Instagram and publicly,” an insider told Us Weekly. “She is making a point to do her own thing.”

Instead, Sofia wants to channel her energy into improving her tennis skills. The reason behind their split was their 16-year age difference, according to TMZ. The couple did reconcile in July after previously breaking up in May, but insiders feel that their relationship is over for good.

Scott has been spending way too much time with Kourtney lately. It’s clear that the former flames still have feelings for each other. Otherwise, they have become the friendliest exes and co-parents on the earth.

The Flip it Like Disick star has been liking Kourtney’s swimsuit photos lately. Romance rumors have been swirling about whether the couple will get back together. Meanwhile, Sofia and Scott are no longer on speaking terms. Kourtney and Scott share three children — Mason, 10, Reign, 5, and Penelope, 8.