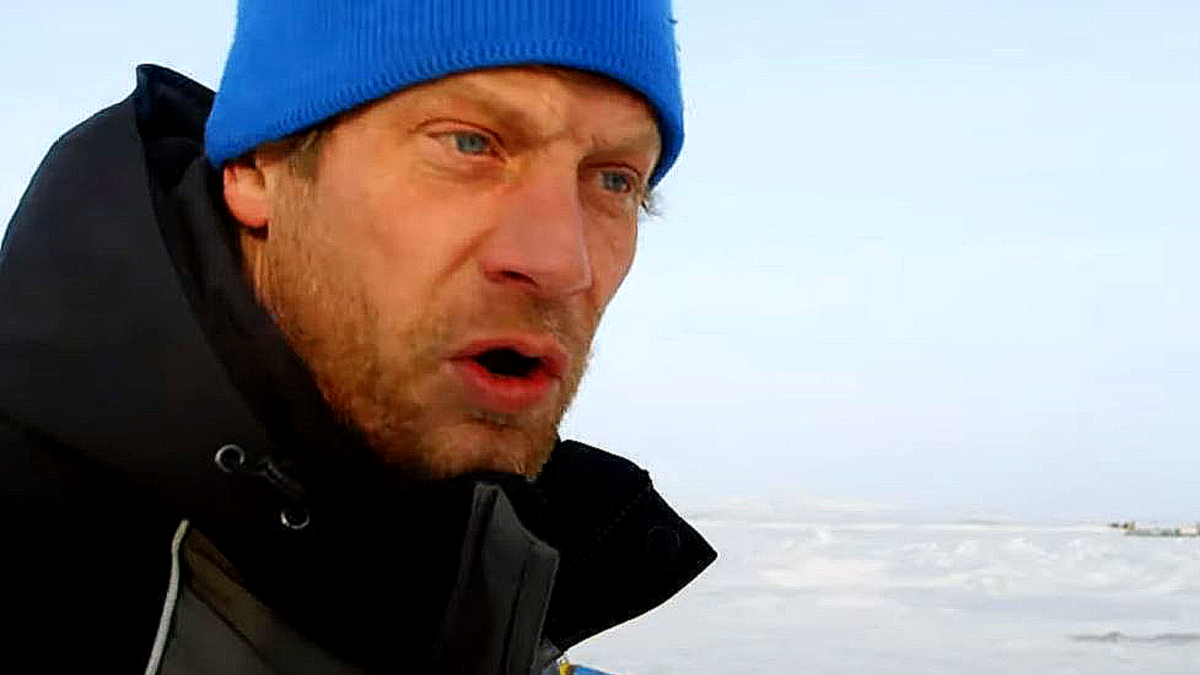 Hating the hot August summer fires and heatwave? Let Bering Sea Gold winter mining take your mind off of it all.

TV Shows Ace has a 28 degree below zero first look at the dangerous cold months gold salvage that airs on Fridays on the Discovery Channel.  The teams are now working into the cold of fall and winter, past what viewers normally see during their summer months trawling and suctioning the shallows of the Bering Sea in Nome.

Shawn Pomrenke, aka “Mr. Gold” is sussing out his risk and reward options.  Life tests us many ways, and it is no different on tonight’s no miss edition of Bering Sea Gold.

Pomrenke offers advice and observation in TV Shows Ace exclusive preview ahead of tonight’s gripping episode.  It foreshadows what could be a frightening season of injury or loss if what he says is true.  While Myrtle Irene owner Ken Kerr faces some legal issues, it appears that Shawn is having a good run, but can it last?

And Vernon returns to the ice with an eye to buy Claim 16.  The boisterous Kelly clan land on some gold.

In our clip, we focus on Mr. Gold. Observing what has been recovered so far, Shawn says: “What’s it looking like?”

The crew show him bits of gold in the sluice box.

Shawn adds: “Oh we got some good dives in yesterday…seeing some good gold down here but before we move, I want to get get down there to make sure that this is the direction the gold’s going.”

Rowe adds: “Fighting to pay off his deposit on the gold rich Tomcod claim, Shawn is willing to test the limits of his gold-grabbing prowess.”

Shawn explains: “We’ve never had a season like this it’s all a roll of the dice.”  He adds: “It’s not just how much gold is in the box freezing up… it’s whether you’re even gonna survive. The ice is thin. Thinner than i’ve ever seen it before.  The ice could break off at any moment…nothing’s certain. I just accept that
each day could be my last.”

In another shot, Bering Sea star and Eroica Captain Emily Riedel is seen and she underscores the danger. She says: “This is what happens when you don’t
respect the Bering Sea.”

Watch as Shawn Pomrenke explains how h is approaching the winter mining season, and what limits may be hindering his efforts.