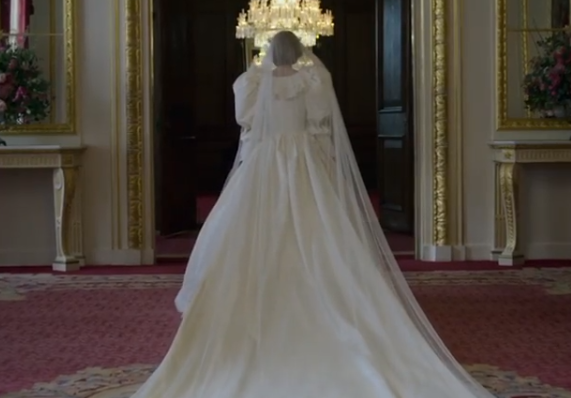 It’s official! The Crown Season 4 will soon come to Netflix for your viewing pleasure. Netflix made the official announcement and dropped a new trailer on Twitter. You can see every episode of Season 4 on November 15.

Are you excited about the next thrilling installment of The Crown? Leave your opinions in the comments.

What Will Happen on The Crown Season 4?

According to Deadline, Season 4 finished up back in March. Season 4 will mark the last time the current cast is seen. But what can be expected from this upcoming season? The Deadline article also says The Crown will deal with Margaret Thatcher’s arrival and dive into Charles and Diana’s strained relationship. The trailer shows several shots of Princess Diana, and features a shot of her in her famous white wedding dress at the end.

Fans may want to take some time and savor Season 4. The Crown plans to take a break from filming until sometime next year, so we won’t see another season until 2022. Can you wait that long?

When Season 5 drops sometime in 2022, hopefully, fans will see more of Princess Diana’s story. The Crown recently confirmed it cast Elizabeth Debicki to play the princess in Seasons 5 and 6.

“Princess Diana’s spirit, her words and her actions live in the hearts of so many. It is my true privilege and honour to be joining this masterful series, which has had me absolutely hooked from episode one,” the actress said in an official statement.

If you saw The Great Gatsby, you probably remember Elizabeth Debicki as Jordan Baker. We think she certainly has the look down. We can’t wait to see what she brings to the table.

Elizabeth Debicki will play Princess Diana in the final two seasons of The Crown (Seasons 5 and 6). pic.twitter.com/Z3CjHuJ56B

Everyone was delighted to learn that The Crown received a sixth season. According to previous reports, the production team initially only planned to do five. However, creator Peter Morgan felt they couldn’t tell the family’s story well in just five. He confirmed there would be a Season 6 earlier in the summer. While Season 6 will bring fans very close to the present day, the creative teams said they doubt they will cover Prince Harry and Meghan Markle’s exit.

On a scale of 1-10, how excited are you to watch the new season of The Crown this fall? Will you binge it in a day, or will you savor it? Don’t forget you have to wait at least a year for Season 5! We’ll update you as soon as we hear any more news about The Crown. Make sure to follow us on Facebook and Twitter. You won’t want to miss a single update.