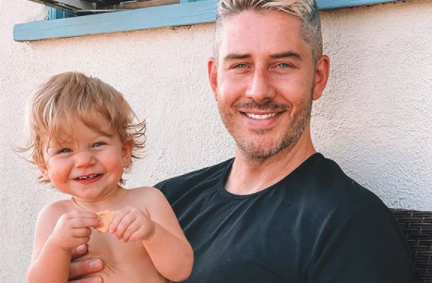 Turns out Peter Weber and Arie Luyendyk Jr. have more in common than just being the star of The Bachelor. They both met their leading lady before filming started.

‘Bachelor’ stars have something in common

It’s no secret that Peter Weber met his now girlfriend, Kelley Flanagan before filming started. It was something they could bond over at the start of the season. While he didn’t pick her initially, now they seem pretty happy together.

Turns out this is basically exactly what happened to Arie. Arie was The Bachelor before Colton Underwood. He became pretty controversial when he picked Becca Kufrin then broke up with her on TV for everyone to see.

Arie ended up with his runner up, Lauren Burnham. Now, according to Entertainment Tonight, the couple is revealing that they met before the filming for the show ever started. According to Lauren, they met at a racetrack three months before she attended a Bachelor casting call.

It was on Good Morning America that she learned she had already met the man cast as The Bachelor.

“They were like, ‘You’re gonna have to watch Good Morning America to find out who that is.’ So I’m watching Good Morning America and he walks out on the stage, and I’m like, ‘What? What are the odds that I meet this guy the same summer that I’m cast to go on this show? And he was on it, like, five years ago?’ It was just an incredible coincidence,” Lauren revealed of the situation.

Though it was a bumpy road it worked out for them in the end. The pair are married for a while now and even share a one-year-old daughter.

Kelley wasn’t the first choice either

Again, much like Lauren and Arie, Kelley wasn’t Peter’s first choice. In fact, she was more of his fifth choice. Despite their happiness now, Peter was engaged to Hannah Ann Sluss for a bit. Then he tried to move on to Madison Prewett. Eventually, he made his way to Kelley. They are always on Instagram and it seems like they are genuinely happy now.

Maybe unconventional relationships are the most successful in Bachelor Nation.

Did you know this about Arie and Peter? Let u know what you think of the two Bachelor stars in the comments below. Come back to TV Shows Ace for more news on all of your favorite reality TV stars.