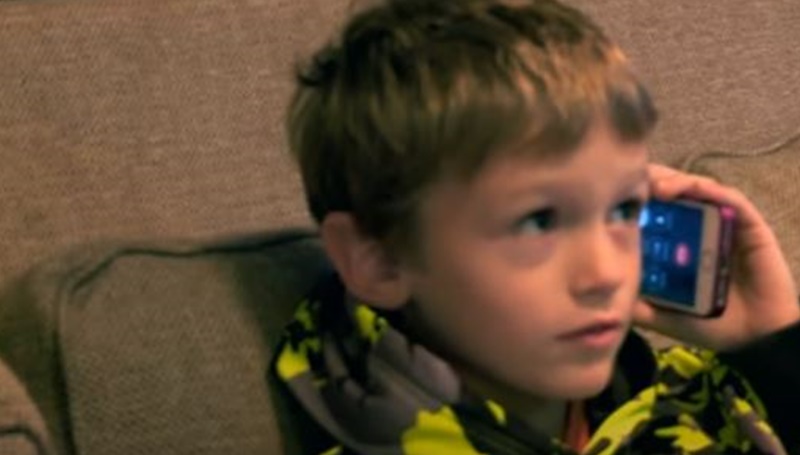 Teen Mom star Maci Bookout’s son Bentley, grows up fast. In May this year, we reported that 11-year-old Bentley started private wrestling lessons. And, judging by the way he is shooting up, he’ll certainly be a very tall opponent.

Going on 12 years old, he is the son of Ryan Edwards and the eldest of Maci’s three kids. In 2019, Maci proudly revealed that Bentley became A 5th Grader. At the time, Heavy.com noted that Maci shared a photo of her son. She wrote, “Hard to believe this guy started 5th grade today! Go get those A’s smarty-pants!”

Just over a year later, the Teen Mom star shared that Bentley “officially attends Middle School.” She mentioned how “time flies when you’re having fun.” The MTV star also noted she looks forward to seeing his accomplishments. “Go be great buddy!” she said to her son. Maci’s photo showed her standing on the beach with Bentley. Fans immediately noticed he’s nearly as tall as she is.

Agreeing with Maci that time flies by, many fans couldn’t get over the fact that they literally watched Bentley grow up before their eyes. Several of them mentioned that they were in middle school when they first started watching the MTV show. Actually, a common complaint these days focuses on the fact that none of the families in the show are anywhere near being teens anymore.

But, nobody complained about Maci this time. In fact, they congratulated her for the way she raises her kids. And, most of them just seemed astonished at how tall Bentley is. Mind you, his dad Ryan’s not a short man. In fact, he’s quite tall and well built. Perhaps Bentley inherited his tall genes from his dad. Fans see Taylor McKinney and Maci raise the kids on Teen Mom these days.

While many fans think that Maci does a great job raising her kids, Ryan and his new wife criticized her. They thought it wrong to encourage Bentley with a special diet for his wrestling. Later, The Sun reported that Maci thought they criticized out of “ignorance” She thinks there’s nothing wrong with teaching a kid how to grocery shop and cook healthy meals and snacks.

Whatever the Teen Mom star feeds Bentley, it certainly looks like he could use those calories as he shoots up like a beanstalk – a rather strong-looking one. One fan commented “Omg he’s about to be taller than you!!! Bentley has always been the most amazingly sweet, caring, smart and daring boy! Good [on] him. Go on Benny! ❤️”

Time flies when you're having fun! My smart, kind, handsome Benny is officially in middle school – I look forward to seeing all that he accomplishes in this next chapter of life. Go be great buddy! #thingsthatmatter #bennybaby 🥰🙏🏻👩‍👦

What do you think about Bentley shooting up so fast? Do you agree that he’s going to be a very tall adult? Sound off in the comments below.