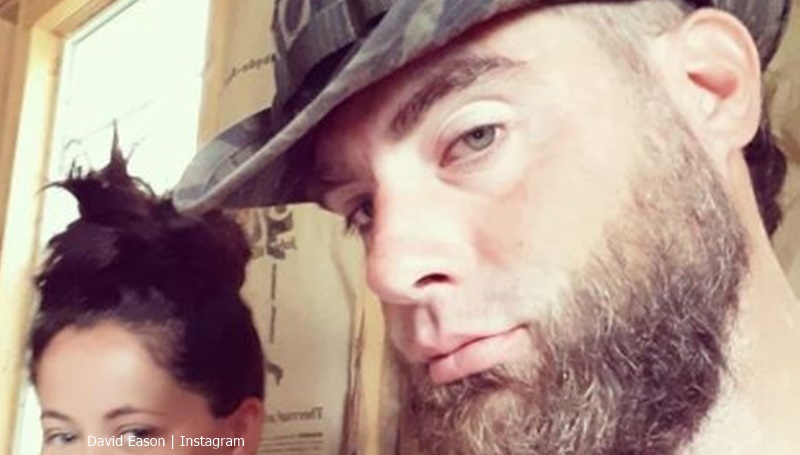 Teen Mom alum David Eason raised a furor on his Instagram this week. Obviously, he’s not a stupid man and probably predicted the reaction. He took to his Instagram and shared a white square for Whiteout Wednesday.

When David posted up his white square, he hashtagged “#triggered.” So, he kind of indicated that he baited his followers with the post. He captioned it with, “White out Wednesday because I love my strong, white, American brothers and sisters.” He lauded them for not feeling “ashamed of their skin color.” David likes that they remain “proud.”

He noted that they remain proud despite, “all the prejudice against us right now!” The Teen Mom alum added, that people “attack” them. Then, they feel “feel guilty for no reason.” He asked, “What did we do that was so wrong?” Well, lots of people follow David but not because they like him.

If David hoped critics got triggered, he certainly managed that. Many of them quoted Black Lives Matter slogans at him. Others claimed that by being proud of being white, he’s totally racist. Those fans and friends who stood up for David got slammed for being racist as well. But, some of them don’t care what more liberal-minded folk think of them.

One critic crowed triumphantly about MTV firing him for something similar. Well, luckily for David, nobody employs him. So, he needs not worry about that sort of outcome right now. It seems that those people upset by the Teen Mom alum simply rage at him on their keyboards from afar.

David’s not the sort of man to cross

We reported on Wednesday, that David just got the charges of assault against James Spivey dropped. He allegedly pistol-whipped Spivey. Quick with his fists, David’s not afraid to use them, or his weapons. Spivey claimed he steers clear of them in the future. Even if people wish they could go and protest on his front lawn, they probably won’t.

White out Wednesday because I love my strong, white, American brothers and sisters who are proud and not ashamed of their skin color regardless of all the prejudice against us right now! We are being attacked by everyone, then some of you feel guilty for no reason. What did we do that was so wrong? All the wrongs have been righted!

David made a lot of like-minded friends where he lives. And, likely he gives as good as he gets to any trespassers. So for now, critics against the white square rage at him helplessly. But, it’s not likely the Teen Mom alum takes the slightest bit of notice. The Blast noted that Jenelle never responded to the post he made. But, “she has defended him in the past during moments of public criticism.”

David just triggered his critics, and no doubt, he’ll do it again in time to come.

‘Love Island USA’: Shannon St. Clair’s Blast From The Past
A New ‘Big Brother’ Baby Has Been Born! Who Gave Birth? [See First Pic]
‘Y&R Spoilers : Who Kidnapped Mariah Copeland And Where Is She?
Jackson & Lilah Roloff Encounter ENORMOUS Beast At County Fair
Could Hallmark’s ‘Good Witch’ Continue With Movies?