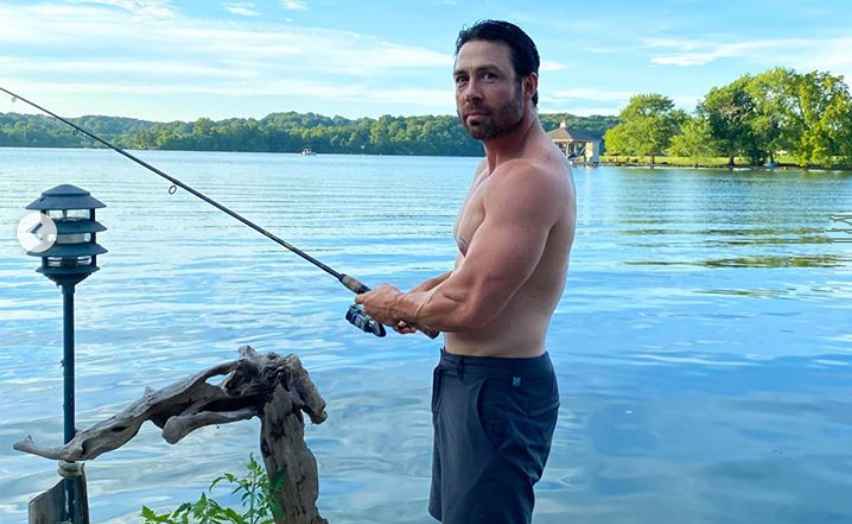 Geoffrey Paschel continues to maintain his innocence of domestic violence charges since being fired by 90 Day Fiance. Meanwhile, Geoffrey attended his first day in court on August 18. He is hoping to prove his innocence beyond a reasonable doubt. Paschel keeps his followers updated via Instagram.

90 Day Fiance star Geoffrey Paschel has maintained his innocence of the domestic violence charges all along. As his court case starts, Paschel is hoping to prove his innocence beyond a “reasonable doubt.” Following the first day of his legal battle, Geoffrey hit Instagram to update his followers. He let everyone know how things are going. He also promised the “truth” will be revealed.

On one image in his Instagram Story, Geoffrey writes the caption, “First day of court is over.” As he adds additional slides to his story, he continues that the first day in court “went fantastic.” Paschel writes that the truth will definitely prevail this time. He goes on to ask, “Shall we root out some more lies today? Yes, I think we should.”

The news of Paschel’s assault accusations broke before Season 4 of 90 Day Fiance: Before the 90 Days aired. In Touch quotes court documents they obtained which listed the various charges against him. The charges include aggravated kidnapping, domestic assault, interference with an emergency call and vandalism. These relate to an incident in June 2019 involving his then-girlfriend. Police officers noted “abrasions” and “bruises” on the woman’s body. Despite this, Paschel told the officers that the injuries resulted from self-infliction. However, it seems other women have laid similar charges against him, including his former wives.

90 Day Fiance: Beyond the 90 Days aired as normal

Season 4 of 90 Day Fiance: Before the 90 Days aired as normal. Fans were introduced to his relationship with Russian beauty Varya Malina. However, when it came to the Tell-All special, Paschel did not appear, as TLC had fired him. Meanwhile, Varya stayed away, apparently out of solidarity with Geoffrey.

Geoffrey opens up about his side of the story in a series of YouTube videos. Throughout, he denies ever being violent with anyone. Paschel calls the claims “absurd.” He suggests that several of his exes are ganging up on him. Geoffrey believes they are aiming to get full custody of the children they share with him.

In his video, Geoffrey says, “I know for a fact that I never laid a hand on any of these people.” He says the first allegation came from his son, Cayvan’s mother. Paschel says his second wife then jumped on board. After that, as he is leaving a relationship, a girlfriend joins the accusations. According to Geoffrey, these women are trying to corroborate each other’s stories. He says, “That’s all they’re trying to do is corroborate the story.”

Paschel also denies news that multiple protection orders being taken out against him. His ex-girlfriend reportedly filed a restraining order which extended twice. However, Paschel said at that time, he “went to court, fought it and won.” According to Geoffrey, the judge sided with him. Reportedly, the proof surfaced his girlfriend lied about the allegations as the timeline made no sense.

Wait, Are Savannah Chrisley & Nic Kerdiles Secretly Dating?!
Amelia Hamlin Really Loves Scott Disick’s Bald Head
How Many Episodes Are In ‘When Calls The Heart’ Season 9?
‘The Grand Tour: Lochland’ Released, Will Covid Derail Next Season?
Audrey Roloff Reveals Why She Kept Her Pregnancy A Secret