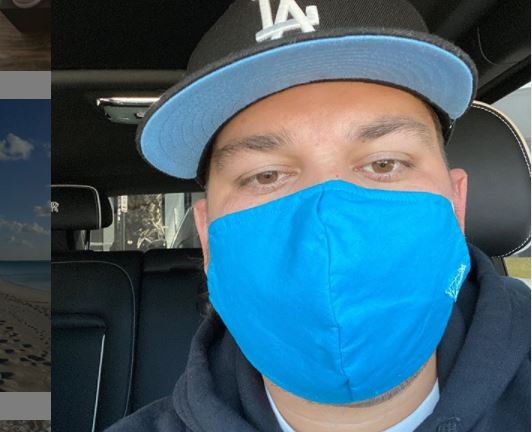 Rob Kardashian is returning to reality tv on Keeping Up With the Kardashians. ET shared that Rob will be back on the show and his ex Blac Chyna is sharing her thoughts. Chyna is also the mother of his daughter Dream. The two split, but they do still co-parent their daughter together.

Rob has been through a lot in the last few years. He put on some weight and just wasn’t motivated to be on the show. Fans have missed seeing him and now he is ready to come back once again. Rob Kardashian has even returned to posting on social media. His followers love getting to see him sharing once again.

Recently, Rob hung out with Tristan Thompson on their family vacation. It looked like they were having fun together. They all went to enjoy Kylie Jenner’s birthday. Rumors are that Khloe and Tristan might be back together, but they aren’t saying much yet. Hopefully, that is shared on the upcoming season of Keeping Up With the Kardashians.

Most Beautiful trip of my Life with the Fam‼️ HAPPY BIRTHDAY @kyliejenner‼️ Love You💙💙 WOO!!

Blac Chyna is sharing her thoughts and she is totally supportive of Rob Kardashian’s return to the show. She shared saying, “I think it’s a positive thing. Yeah, it’s dope.” It is great news to hear that she is happy about his return.

One thing that she said was that she probably won’t be watching the show. Now, you have to wonder if her daughter Dream makes an appearance if she will change her mind. Fans have missed the chance to get to see her on the show as well.

How is Rob doing now?

It looks like Rob Kardashian is doing great right now. Not long ago a source told ET about how he was doing. It was great to hear that Rob is doing well. Here is what they shared.

“Rob is in the best place, he hasn’t been doing this well in years. He’s been taking his workouts and eating well serious and has seen significant results. Rob is much happier and has been around his family more after years of being a homebody.”

Don’t miss new episodes of Keeping Up With the Kardashians with Rob Kardashian when it returns to E!. The show will be back again on September 18, 2020. The viewers were a bit surprised when the show quit airing in the spring, so they are excited to get it back again.