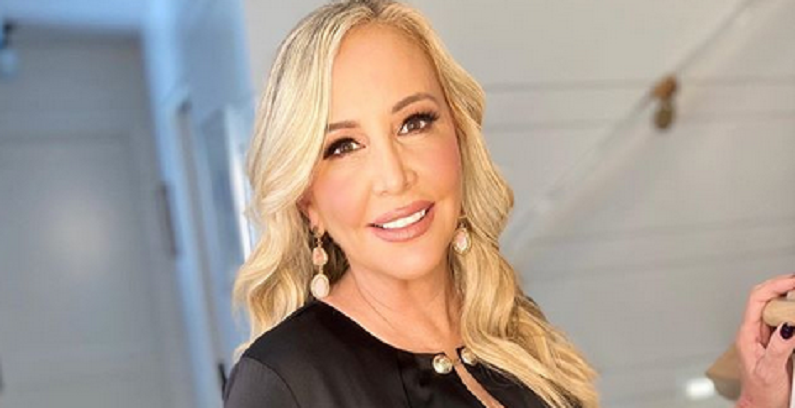 Shannon Beador got backlash after taking a photo inside a restaurant and not wearing a mask again. This comes a month after she revealed she was diagnosed with coronavirus. But it appears that she recovered quickly. Shannon has been sharing her adventures on social media.

As TV Shows Ace previously, she dropped off her 19-year-old daughter, Sophie, in Texas to attend college at Baylor University. The proud mom wore a face mask for the plane trip. She documented the entire journey on Instagram. But fans are not happy with her decision to not wear a mask inside a restaurant. Not only that, but she got close to some of the diners.

On Wednesday, August 18, The Real Housewives of Orange County star caught major backlash for not wearing a mask inside an establishment. Patrons don’t have to wear a mask while eating and drinking. However, in this case, Shannon Beador chose not to wear a mask while she took a photo with fellow diners.

As per The Blast, the reality star posed with Sophie and another blonde woman. The trio didn’t wear a mask even though they weren’t sitting down and eating.

“An amazing lunch at @magnoliatable #gettingtoknowwaco,” Shannon captioned the post.

RHOC fans flocked to the post to slam Shannon for not wearing a mask. Some claim she hasn’t learned her lesson after catching coronavirus.

“No masks, no social distancing. Obviously you didn’t learn your lesson from COVID,” one fan wrote.

“No mask or social distancing? Wow Shannon. You get Covid-19 and still act like a clown?” another follower wrote.

“Not a single mask in the joint….Hee Haw Waco,” added a third.

Texas just announced 6,474 new cases and 309 new deaths, as of Wednesday, August 19. However, the state is still clearing a backlog of coronavirus cases, as per KHOU-11. The backlog should clear as soon as later this week.

Shannon Beador received backlash after her former Tres Amigas friends Tamra Judge and Vicki Gunvalson came for her. They both claim that they reached out to her and she ignored their calls. They also said that the new season is going to be a major flop without them.

The two longtime friends shared details on Season 16 over the weekend. Tamra and Vicki enjoyed a happy hour on Instagram Live and had plenty to say. The duo revealed that the RHOC cast only filmed 12 episodes, which is less than the original 30 episodes.

During their lunch, they took several shots at their former costars, including Shannon. Earlier this year, Vicki announced her departure from the show after 14 seasons. Less than 24 hours later, Tamra announced she was walking away from the series after turning down a reduced role. While Tamra admits that she misses Shannon, she learned that her former friend “keeps on talking bad about me this season.”