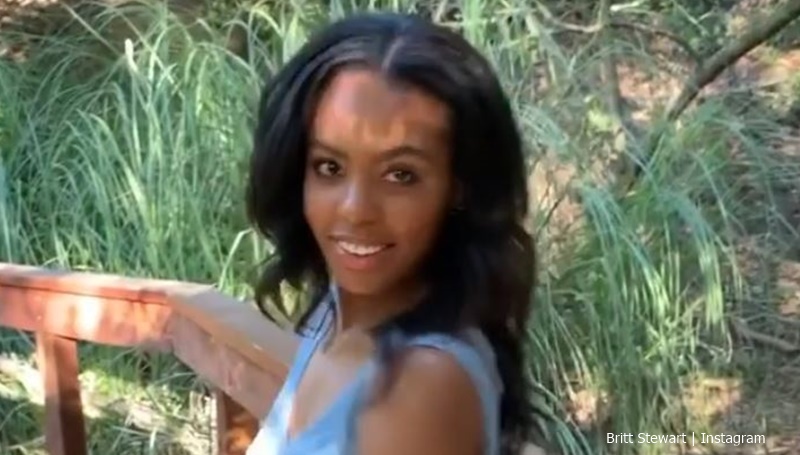 DWTS fans heard this week that the show brings the first Black female pro dancer. While Britt’s not the first Black pro dancer, she is the first female one. ABC seems commited with diversity and they still continue that commitment, we reported. Britt loves the diversity in the show and seems totally excited about it.

Soon after she heard the news, Britt took to her Instagram and shared it with her fans. There, she said, “It’s actually happening!!!” Britt described how she felt “over the moon.” She sounds extremely happy, noting that her heart “filled with gratitude.” Plenty of people sent in their congratulations.

Many of them seem as excited as she is about the upcoming season of Dancing With the Stars. Of course, Britt already gathered a lot of DWTS fans. Recall, she danced with the troupe since 2016. Not long after the main announcement, ET caught up with the new pro dancer. Certainly, it looks like she welcomes the chance at being the first Black female pro.

It’s actually happening!!! I am over the moon to be a first time PRO on Season 29 of @dancingabc ✨✨ My heart is filled with gratitude to have been given this opportunity. I can hardly contain my excitement to step into this new position ❤️❤️ . . . Congratulations to the rest of my beautiful #DWTS family. I love you and can’t wait to be back in the ballroom with you all 🙌🏾

Britt kept the news secret for a week

Britt told the outlet that she already knew about it a week ahead of the announcement. But, she kept it a “secret.” However, now she got the go-ahead to talk, she spills over with excitement. The new Dancing With the Stars pro said, “I’m just so grateful, so excited and over the moon, honestly. Ever since I found out, I just don’t really know what to do with myself. So much excitement, so much emotion.”‘

Diversity not just about skin color but openness and love

Britt said that she loves the way the show celebrates “diversity.” Talking about the “five seasons on troupe and two tours,” Britt always felt loved and welcome.  She noted the “openness” when it comes to equality.” She added that’s why being part of Dancing With the Stars “…is an honor as well.”

Over on her Instagram, clearly fans love the idea of Britt. She said, “Congratulations to the rest of my beautiful #DWTS family. I love you and can’t wait to be back in the ballroom with you all 🙌🏾.” Many of them responded by saying they expect her role will be “epic.” Her excitement seems contagious. And it’s not long now before fans see her dancing.

Dancing With The Stars returns to ABC Monday, September 14.

Dogs Only? Adam Busby Reveals Why His Girls Don’t Have A Cat
‘Grand Tour’ Star Jeremy Clarkson Coming Back For ‘Clarkson’s Farm’ Season 2
’90 Day Fiance’ Loren Brovarnik Gives EXCITING Pregnancy Update
2 Other ‘RHOBH’ Stars Are Dealing With Their Own Legal Drama
‘The Bold And The Beautiful’ Spoilers, July 19-23, 2021: Carter And Quinn Are All In