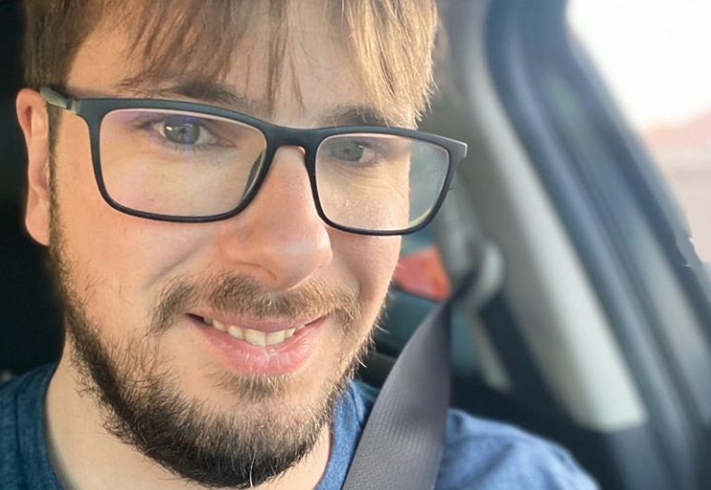 Many 90 Day Fiance: Happily Ever After? fans find Colt Johnson a little irritating with his relationships. He is regularly called a momma’s boy for his close relationship with his mom, Debbie Johnson. There is nothing but constant drama in his life and Colt even admits he seeks out that drama. First, it was his marriage to Larissa Dos Santos Lima, which failed dramatically. Now the drama is with another Brazilian beauty, Jess Caroline. Despite all this, Colt is teasing fans that they will see him evolve over the current season. He claims by end of season he will be a changed man.

Colt is a software engineer living in Las Vegas. He first starred in Season 6 of 90 Day Fiance: Before the 90 Days. During that season, Colt became engaged to Brazilian beauty Larissa. He popped the question while they were on vacation in Cancun, Mexico. They were married after Colt applied for a K-1 90-day visa.

Once the visa was in place, Larissa moved to the United States, but their marriage didn’t last too long. Colt accused Larissa of domestic abuse and had her arrested. Eventually, the pair were divorced and Larissa went looking for love elsewhere. Colt did the same by meeting and courting yet another Brazilian beauty, Jess Caroline.

To make a long story short, when Colt, Debbie and Jess visited Brazil, Colt lied to Jess. He neglected to inform her that Vanessa, a close friend of his, was caring for the family cats. Jess is already very jealous of Vanessa and was furious when she found out. She threw her high heels at Colt and stormed out of the hotel. Jess’s behavior is similar to what Colt experienced with Larissa, which, of course, ended with domestic violence charges. Is he heading for the same drama as before?

Colt loves the drama in his relationships

Screen Rant quotes an interview between ET and Colt, where the TLC reality star admits he needs that drama in his life. He said the “the drama, the fire, the passion” is something he loves. Colt admits he wouldn’t get this dating an American girl. He needs that “extra level of excitement” and even compares it to a drug.

Elaborating on this fact, Colt reveals that a lot has happened and is still going on in his life. In fact, he says this is what is so great about the latest season of 90 Day Fiance. Johnson says the drama is going in “really interesting directions.” In fact, fans are going to find out that the person he started out as is not the person he may end up being. We’ll have to wait and see!

Colt does admit he is finally in agreement with his mom about Jess. Debbie clearly “saw all the red flags” in his new relationship. Colt says he feels like he has been running since he married Larissa and is still running. However, he is getting a little tired of that running.

Fans are already speculating that Colt will end up with Vanessa, which fans believe is what Debbie wants. While it looks like Colt and Jess kissed and made up in a recent episode of 90 Day Fiance, it seems their relationship won’t go very far. Viewers have already heard about Jess’s new love, Brian Hanvey. He was introduced to Jess by Larissa and is a producer and singer. According to various reports, she and Brian were quarantined together in New York State, while Jess posted images of him to social media. Let’s face it, the man is hot!

Keep up with the ongoing story on 90 Day Fiancé: Happily Ever After? on Sundays at 8 pm ET on TLC.