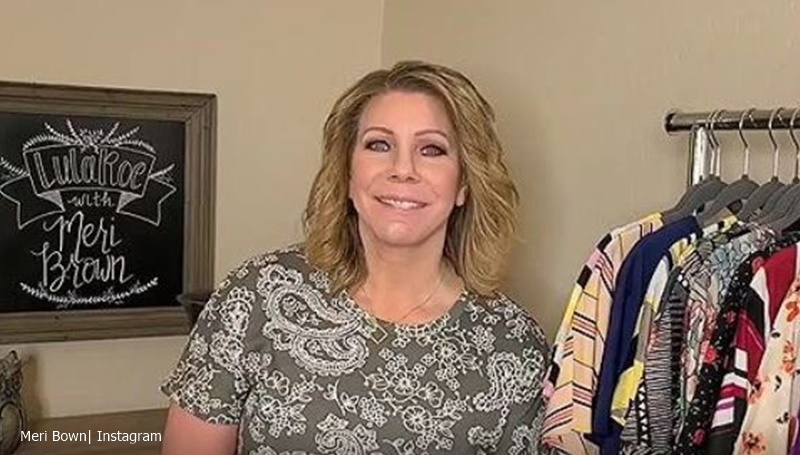 Sister Wives star Meri Brown keeps her fans guessing about her relationship with Kody. On every single post that she shares on social media, people ask the same questions. Whether her captions are cryptic messages or just pretty sunsets, fans ask if she left him yet. They also ask her if she moved to the new flagstaff property.

Probably she’s under an NDA with TLC and cannot answer them. So, many fans hunt for clues in her cryptic messages or in the photos she shares. Now,  they wonder if Meri’s moving home again.

Sister Wives – Meri may have been away in Utah recently

Meri Brown may have been away in Utah recently. After all, her BNB, Lizzie’s Heritage Inn only opened fully again for business a month ago. Last week she shared, “What fun things are in store this month at the B&B! Follow along @lizzies_heritage_inn for all the details coming soon!.” And quite a lot of updates came from that page.

Wherever she’s been, the Sister Wives star now returned to Flagstaff. Meri said she’s been away for four days. Fans know that Meri loves nothing better plan taking a road trip or rushing to catch an airplane. So, quarantine seemed quite hard on her. Now she gets out and about a bit more, no doubt she’s thrilled.

Did Meri pack up for another move?

Right now, Meri’s home’s stacked full of boxes. Fans might recall that when the Brown family first went to Flagstaff she lived in a very small house. For a long time, she lived out of boxes. Then, when she unpacked them, she moved again. That came in last season of the show when neighbors complained about polygamist people living next door. Now the home is full of boxes again, some fans wonder if she’s moving once more.

Well, it looks like a false alarm folks!. Although Meri didn’t say the boxes contain her LuLaroe order, it’s probably safe to say they do. That’s because Meri claimed that when those boxes arrive, it “feels like Christmas.” Nevertheless, a lot of Sister Wives fans don’t read the comments section closely. That’s why some of them felt a bit shocked to see the boxes.

No, it looks like Meri stays where she is for now

As one astute fan noted, those people who question Meri about moving home won’t get an answer. She’s probably under a TLC NDA. So, even if she wanted to, she can’t. Yet, fans persist in asking the same questions over and over.

The Blast reported in June this year, that “currently, Meri does have a property in Flagstaff… Some people suspect that she uses the house for filming and family events, but she may not spend the majority of her time there.”

What did you think when you saw the photo of all those boxes in the Star Wives star’s home? Did you think maybe she moves home again? Sound off in the comments below.