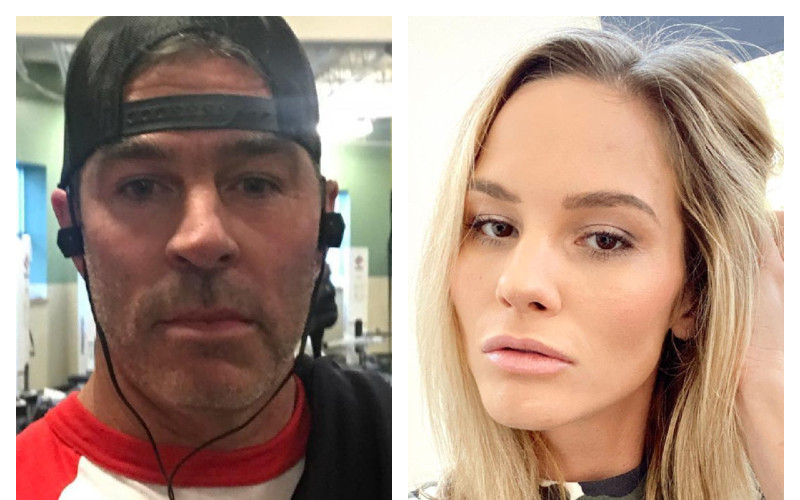 The Real Housewives of Orange County alum Meghan King isn’t mincing words. After reports that her ex-husband wants full custody, Meghan released a terse statement. The missive laid out the torrid details of his behavior while they were married. Particularly his texting scandal involving NSFW pics and videos.

The End of Their Marriage

Bravo fans first met Jim Edmonds when Meghan joined RHOC as a guest for Season 9. She was promoted to full-time cast member ahead of Season 10. However, fans didn’t love how Jim treated her, nor how Meghan ignored his wish not to have more children. In fact, Meghan left the show after Season 12 to spend more time with her twin newborn sons.

In the summer of 2019, a bombshell report came out – including screenshot – that Jim had been texting with another woman. He denied a physical affair, but he did admit to sending intimate pictures and videos to the other woman.

Meghan and Jim tried to work it out but he ended up filing for divorce in October of 2019. Since that time, they have both taken part in a very public feud, slamming each other in the press. Both Meghan and Jim have moved on in new relationships.

If it wasn’t for this girl, I don’t think I would be here right now. She showed up in my life just at the right time. Amazing that her taking a chance on a plus one weekend to Mexico pulled me out of my hole and changed my life forever. I was in such a dark place; one that I didn’t think could happen to me. I was going through hell ending a loveless and abusive relationship. The lies and accusations that followed the breakup only put me deeper into a funk. Along came this beautiful woman by chance, who lit up my world and brought me back to life. I’m very grateful for my amazing friends, children and this amazing woman for making me a better person and father. #reallife

They share custody of their three children, Aspen and twins Hart and Hayes. But now it seems Jim is considering seeking full custody of his kids with Meghan.

Sources tell Us Weekly that Jim doesn’t agree with Meghan’s constant travel. Meghan’s boyfriend lives in Utah, so Meghan is often traveling between Utah, St. Louis and L.A., where she works.

And everyone thought wine country was on the left coast… Missouri isn’t “misery” in the right places, welcome to God’s country 🙏🏼enjoy this view and comment if you want more of this hometown view 🍷

The source tells the outlet that Meghan has been out of town “numerous times” during her week of custody. The source further states that Jim was forced to leave the kids with Meghan’s nanny because he didn’t know she was out of town.

In a long statement in rebuttal, Meghan denies this. She said that ONE time, her mother watched the three children while Meghan was out of town. In fact, she says she cleared this with the lawyer appointed to her children by the court.

After the divorce filings, rumors began circulating that Jim had an affair with one of the children’s nannies. Jim and the nanny both denied having an affair.

In a lengthy post on her website months later, Meghan wrote that she wasn’t sure if they had an affair, but that the friendship between Jim and the nanny was “inappropriate.”

Meghan writes that this behavior is just one example of Jim’s “tattered moral system.”

Neither Jim nor Carly have responded to that particular part of Meghan’s statement. However, through his rep, Jim says that Meghan is, once again, trying to smear his name in the press.

RHOC Star References Texting Scandal, ‘It Was Jim Who Was Sending Pics of His P*nis to Another Woman’

Meghan’s allegations regarding the nanny aren’t the only revelations in her rebuttal. She writes that Jim “walked out” on her and the children. Furthermore, he didn’t try to contact the kids for weeks after the split.

The RHOC star also points out that Jim is the irresponsible one, contracting COVID while “partying in Nashville.” She says that his “entire home” was infected by the virus after getting it from him. Jim did tell his Instagram followers in April that he tested positive for coronavirus.

But coronavirus aside, that wasn’t the most shocking part of Meghan’s statement. She wrote in graphic detail about Jim’s texting scandal in a way she never has before. She wrote that she hates to “Bring up the past.” However, “It was Jim who was sending pictures of his p*nis to another woman.”

Meghan King was actually giving birth to the twins at the time that Jim sent some of the illicit photos. She also says that she put up with Jim’s abuse “for months” before speaking out publicly. Meghan was hoping to spare her children, knowing that she will have to co-parent with Jim for the rest of her life.

However, she’s had enough. And she warns Jim that she has “the evidence” to back up everything she said in her statement.

Shots fired! Do you think Meghan went too far in bringing up the details of the scandal?

It remains to be seen if Meghan will have a guest role in the upcoming Season 15 of The Real Housewives of Orange County. Follow us on social media for updates on all of your television favorites!

‘RHOBH’ Fans React To ‘The Housewife & The Hustler’ Premiere
Duggar Kids Preparing For End Of ‘Counting On?’ Looks That Way
Tyler Cameron Dishes On New ‘BiP’ Hosts
Adam Busby Shares Photo As He Takes The Top Off
‘Bachelorette’ Preview: Katie Warns Clout-Chasers To Get The Eff Out