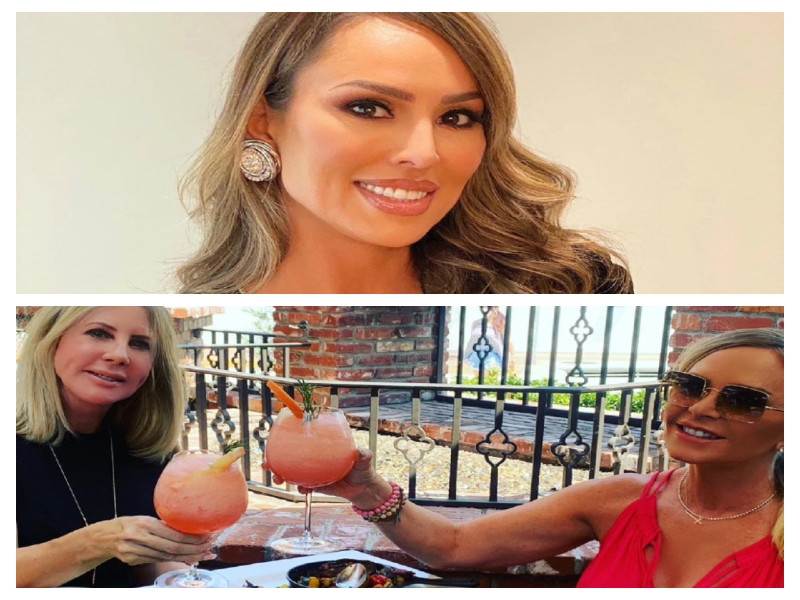 Don’t come for Kelly Dodd! The Real Housewives of Orange County star has a response to Tamra Judge and Vicki Gunvalson’s shady take on Season 15. As fans know, Tamra and Vicki left the show after Season 14. But they seem to be keeping tabs on their former co-stars.

The close friends reunited for drinks over the weekend. They took to Instagram Live to throw shade at the remaining RHOC cast. It didn’t take long for Kelly Dodd to clapback at her rivals.

Over the weekend, Tamra and Vicki met up at OC eatery Trevor’s at the Track for their post-COVID reunion.

The two documented the meet-up on their respective Instagram Stories. Of course, the two began talking about RHOC. At one point, The Real Housewives of Dallas alum LeeAnn Locken joins them via video chat.

The RHOC stars clearly have no love lost for their former co-stars. Both Vicki and Tamra announced their departure from the show in January. They were reportedly both offered recurring roles on the show and turned it down. They are working on a reality show of their own, but few details are known about the venture.

The ladies turned shady when it came to their former co-stars. RHOC has been filming the last few weeks and Tamra revealed that the final footage from Season 15 filmed last week. She jokes that “oddly enough,” Tamra and Vicki weren’t invited.

At that point, Vicki chimed in with some shade of her own. She said that RHOC Season 15 will only be 15 episodes compared to the usual 22 when she was on the show. Vicki thinks she knows the reason behind the lower episode count. She tells Tamra, “Maybe there’s no content because they’re all fake b*tches!”

During the chat, Tamra also revealed that the “Tres Amigas” friendship with Shannon Beador is officially done. In fact, she proposes that LeeAnn is the new member of the “tres amigas.” Instagram fan account the.rumour.mill managed to get screengrabs of the Instagram Live before it disappeared.

#RumourHasIt RHOC & RHOD filming updates! 🍊🌟⁣ ⁣ @tamrajudge, @vickigunvalson and @leeannelocken revealed in a recent Instagram livestream that RHOC Season 15 will only have 12 episodes, and RHOD Season 5 will only be “half” as long as last season! These queens will SERIOUSLY be missed…

One person who definitely isn’t in the friendship group is Kelly Dodd. She had a clapback for the shady statements by Vicki and Tamra.

Kelly Dodd got wind of Tamra and Vicki’s shady gab session. She responded with a word of advice to Vicki: “Don’t be jelly [jealous], sister.” Kelly also jokes that she didn’t know Vicki worked as a producer on RHOC now.

While the Positive Beverage co-founder says that it’s none of Vicki’s business, she refutes the low episode diss. According to Kelly, the show filmed “15 [episodes] PLUS the finale and the reunion.” Furthermore, it will be “the best season yet,” in Kelly’s opinion. She says that fans can expect “real reality” instead of the “fake bullsh*t” Vicki brought to the show.

Kelly responds to Vicki, and says #RHOC Season 15 will have 16 episodes and it’s the “best season yet.” 🍊 pic.twitter.com/a9G0fmmuSD

As for the “no content” shade, Us Weekly reports otherwise. Social media users noticed that Kelly unfollowed RHOC co-star Baunwyn Windham-Burke on Instagram after filming the finale.

Bravo has yet to announce when Season 15 will premiere. Follow our social media for updates on all your favorite shows!