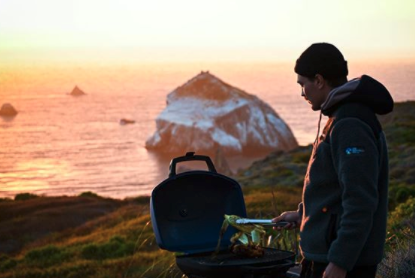 Clare Crawley surprised everyone when she stopped being The Bachelorette just 12 days into filming. Now, Bachelor Nation alum, Dean Unglert, is giving his opinion on the situation. Turns out, he isn’t sold.

Dean isn’t convinced by ‘The Bachelorette’

Like many people, Dean Unglert is confused on why Clare Crawley would stop her role as The Bachelorette, Us Weekly says. Supposedly, she’s already in love and that’s why she is moving on so quickly. However, Dean says he’s not sure this is really why she left. After all, why would someone give up with so many men still left to choose from?

“I don’t understand why Clare could just be like, ‘Yep, this is the person I like. Let’s just cut me off now,’” Dean revealed. “There’s gotta be something else and I don’t know what it is. … It just seems a little fishy. It’s a little too convenient that Clare fell in love and 12 days and left the filming of the show just to pursue the relationship with this guy.”

Dean also isn’t convinced producers are allowing that. He said he doesn’t think Clare was the first to fall in love early, however, they didn’t let anyone else quit the show after 12 days. Maybe they were just trying to top the drama in previous seasons?

“I’m sure at some point they leaned over to production and they’re like, ‘Hey, can you just, like, cut this production short? Because I’m going to just pick this person anyways.’ And they’re always like, ‘No, you can’t do that. You signed a contract to film for three months or however long you have to finish out the show,'” Dean said.

Dean has a great point. There were definitely other Bachelor and Bachelorettes that fell in love early on. They all stuck out the show.

one of the trickiest things about being on the road is figuring out how you’re going to prepare your next meal. luckily, i’ve got my new @napoleonproducts TravelQ 285X so i can take grilling with me wherever i go. i can’t wait to fire this bad boy up anywhere and everywhere! #napoleonmoments #ad

In addition, the rumors have been getting kind of crazy concerning this season of The Bachelorette. First, they were making it seem like Clare is the one wanting to go home. They even said she locked herself in her room.

It was later revealed that this may not have been the case. Supposedly, producers saw the love Clare had and asked her if she wanted to go home early. Apparently, they then replaced her with Tayshia Adams.

Honestly, this whole season is confusing. It looks like fans will have to wait for it to air to see what really happens this season.

Will you be watching the new Bachelorette? Let us know in the comments below. Come back to TV Shows Ace for more news on all of your favorite reality TV stars.