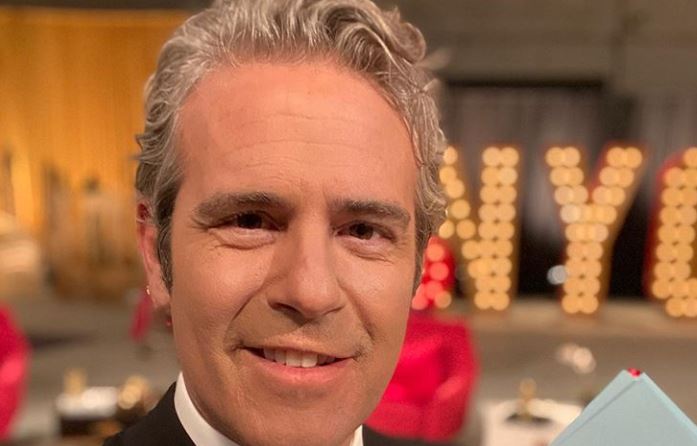 Andy Cohen welcomed his son Benjamin in February 2019 via surrogate. While he’s “not speaking,” the little one is “understanding a lot.” Andy says, “He understands, ‘Put that away’ or ‘Let’s go.’ Which is really helpful. … [He makes] it so easy for me. Like, he’s really he’s good. Benjamin sleeps well, and good-natured. He’s a nice little boy.”

Andy Cohen and his little one have been hanging out at home. Because of the pandemic, Andy says he’s found out he is “far more patient than” he gave himself credit for.

Which Real Housewife Would Andy Cohen Choose as Babysitter?

While promoting his new venture Hotel Artois, Andy Cohen told Us Weekly on Monday. “Frankly, I would call all of them. Because they’re all smart enough to know that if they messed up, it would not go well for them. They’re all moms and they’re all good moms.”

Andy also dished on the new episodes of Real Housewives saying, “I love it, I mean it’s very dramatic.” He continues, “There’s a lot of shifts in alliances as the season goes, and there’s a lot of really compelling personal stories with the women that I think will surprise a lot of people.”

Teaming Up With Stella Artois

Bravo star Andy Cohen has teamed up with Stella Artois and other celebrities in a new project. Celebs including Liev Schreiber, Eva Longoria, and Blake Griffin team up to create Hotel Artois at Home. It’s a “virtual experience that brings the daydreaming perks of a five-star hotel into the lives of cooped up Americans at home on September 2.” Cohen explained, “I’m behind the bar, serving up both Stella Artois and celebrity tea “virtually one on one with guests. Eva is curating the room service meals, and Liev’s doing wake up calls, and it’s really cool.”

Andy Cohen says, “You just go to the Hotel Artois at Home booking portal… and you make your reservations there.” He continued, “Listen, we’re all cooped up, we’re looking for fun things to do. And this is a great kind of place to hang out with like-minded people and daydream and have a Stella.”

You can watch Watch What Happens Live With Andy Cohen and Real Housewives on Bravo.